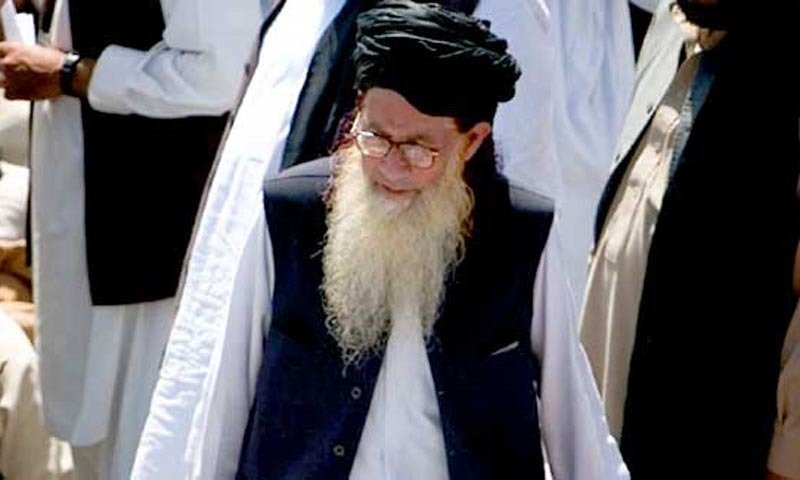 Maulana Sufi Muhammad, the founder of the banned Tehreek-e-Nifaz-e-Shariat-e-Mohammadi (TNSM) which exercised control over parts of Malakand division in the 90s and 2000s, has passed away.

He acquired his religious schooling from a nearby madrassa and was an active member of the Jamaat-e-Islami (JI) within the Nineteen Eighties.

Sufi shaped the TNSM in 1994 and the group quickly launched an armed marketing campaign to forcefully take over authorities features in Swat.

He left the religio-political party and formed the TNSM in 1989. The banned group’s influence and street power became evident in 1994 when the provincial government announced the establishment of Sharia courts in Malakand after street protests by TNSM activists.

In 2001, Sufi Muhammad was jailed upon returning to Pakistan from fighting in Afghanistan. He was released in 2008 to woo militants who had taken over Swat and an accord was reached with the government to enforce an updated version of the law, the Sharia Nizam-i-Adl Regulation, 2009.

However, the TNSM launched a campaign to capture manage of plenty of Swat. The government answered with troops and airstrikes and the fighting ended in July 2009 after a truce become brokered with Sufi.

The agreement among the provincial government and TNSM led to the withdrawal of all instances towards Sufi and his friends. But, peace changed into not restored in Malakand department and the instances against Muhammad and accomplices have been restored.

He turned into then arrested in March 2010 and turned into best released from prison in January 2018. He confronted cases of sedition, conspiracy in opposition to the kingdom, assaults on kingdom installations, and inciting hatred against the authorities among numerous others.

In the six-page judgment on Sufi’s bail plea, Peshawar high court’s Justice Waqar Ahmad Seth noted that the accused changed into being launched on bail mainly on medical grounds and due to delay in the graduation of his trial.