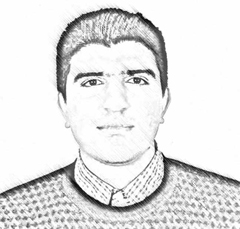 Structural reform is need of the hour

Pakistan’s economic woes are perennial and complex, and those offering simple solutions (populist leaders, ‘polymaths’ on primetime television, etc.) are either naïve or dishonest. Similarly, mainstream policy discourse is myopic and palliative; however, sustainable development requires farsighted and curative policies. In economic literature, ‘Structural reforms’ has become the buzzword for such policies.

Structural reforms are essentially reorganization of regulatory and institutional framework to unleash society’s productive forces and provide enabling environment in which markets and state optimally allocate scarce resources. They work through supply side and strengthen fundamentals so that economy can realize its potential in a balanced way.

These reforms are generally focused on creation of adaptable and flexible markets, provision of fair and fast dispute resolution mechanism and rationalization of public revenue and expenditure regimes. Education system and industrial policies are designed with a holistic approach to promote economic growth through innovation and competition. Autonomy of regulatory institutions and meritocracy in bureaucracy is preserved to ensure fairness and avoid rent seeking. Cities and communities are organized to maximize interactions, transactions and inclusion. Meanwhile, state machinery is oriented toward service delivery and welfare of the people through progressive distributional policies. To sum up, structural reforms provide better incentive structure for economic transformation.

A common misconception, especially within public institutions, is that basic state infrastructure is just perfect and real problem is lack of implementation. So, the argument goes, introduce marginal reforms to ensure implementation and system will deliver quality governance. However, this flawed line of reasoning is illusive at best and delusive at worst.

Pakistan’s Total Factor Productivity (TFP) growth, a measure of economic efficiency and determinant of cross-country differences, declined from 2.4% during 1980-90 to mere 0.6% during 2008-15. Sifting through our descent from regional leader to laggard would reveal that system is broken and rotten to its core.

For example, our education system has four parallel strands of schooling (elite private, middle-class private, public and madrasah) which produces islands of excellence in an ocean of incompetence. No matter how well administered, outcome will be a fractious society strangled in ideological warfare and further deepening divide between haves and have-nots.

The design of our cities does not facilitate mobility, coordination and exchange of ideas because those who designed live in gated communities, and enjoy all the amenities one can imagine. When the best plan to reduce traffic congestion is widening of roads, and hence incentivizing more cars on road, even the most vigilant administration will end up with more congestion.

Similarly, the nature of state machinery is extractive and oriented toward control rather than welfare. Legal system is still a colonial construct; access to justice demands age of Noah, patience of Ayyub and treasure of Karun; and those who can afford prefer to hire a judge instead of a lawyer. Tax structure is regressive and elites are simply not willing to contribute. Markets suffocate under tight bureaucratic control and policies are mere ad-hoc measures for rent seeking. Realm of ideas suffers from inertia because society resists change, media lacks culture of debate, academics produce junk and government relies on spurious donor funded research for policy-making.

The above-mentioned ills, and many others, are deeply embedded in our social fabric and each of them has powerful stakeholders to protect. They cannot be cured without changing peoples’ values and incentive structures. Moreover, man is a slave of habit, and I must say, especially of bad habits. However, economic progress requires social transformation that is a long, delicate and painful process. That is why development is a long run and complex phenomenon and those preaching populist nostrum of easy fixes live in fool’s paradise.