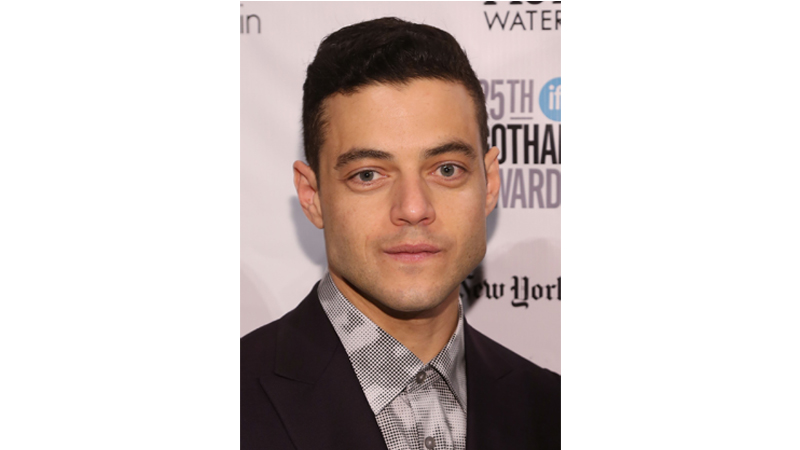 Oscar-winner Rami Malek has revealed he thought twice before signing up to play the lead villain in the latest long-awaited James Bond film opposite Daniel Craig.

The US actor, who won the Oscar this year for his performance as Freddie Mercury in Bohemian Rhapsody, said he feared his Egyptian ancestry could lead to the part being a caricature of a Middle Eastern terrorist.

Malek told reporters in New York that he raised his concerns with the film’s director Cary Fukunaga and received reassurances that was “not his vision”, according to Britain’s Daily Mirror tabloid.

“That was one thing that I discussed with Cary,” he said.

“I said, ‘We cannot identify him with any act of terrorism reflecting an ideology or a religion.

“‘That’s not something I would entertain, so if that is why I am your choice then you can count me out’.

“But that was clearly not his vision. So he’s a very different kind of terrorist,” the actor added.

Malek, who was born in Los Angeles in 1981 to parents who immigrated to the United States from Egypt three years earlier, has said he identifies strongly with his Egyptian heritage.

“I am Egyptian. I grew up listening to Egyptian music,” he told GQ magazine last year.

Malek, who was born in Los Angeles in 1981 to parents who immigrated to the United States from Egypt three years earlier, has said he identifies strongly with his Egyptian heritage

“These are my people. I feel so gorgeously tied to the culture and the human beings that exist there.”

Malek will star alongside Craig – who is set to bow out after five films and eight years as 007 – in the 25th edition of one of the world’s most enduring franchises.

However, the as-yet-untitled film has been besieged by problems, most recently with Craig undergoing minor ankle surgery after an injury on set.

The production was repeatedly delayed over script disputes and after Oscar-winning director Danny Boyle quit the project.

The film is now due to open in cinemas in the United States, Britain and France on April 8, 2020.

Malek revealed that he has already filmed some scenes in Norway – though without Craig – and praised the latest instalment in the 007 spy series.

“It’s another extremely clever script from the people who have figured out exactly what people want in those movies,” he said.

“But I feel a substantial weight on my shoulders. I mean, Bond is something that we all grow up with.”