Alarm bells: Pakistan might run out of water by 2025 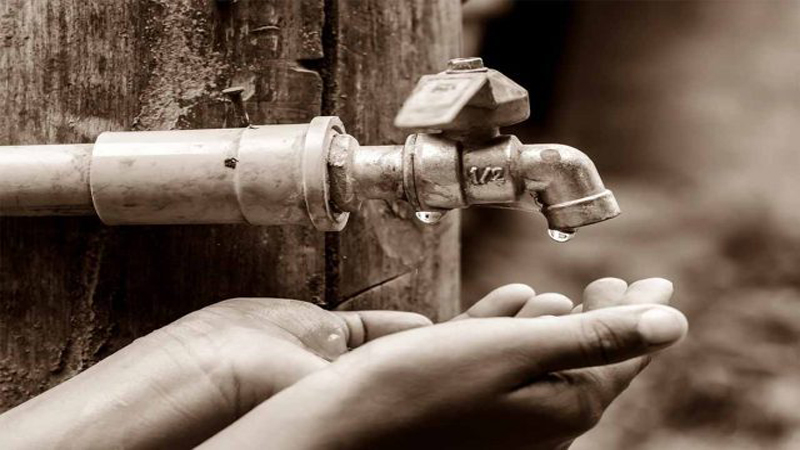 Water experts, on Friday, emphasized to control the population growth and effectively implement laws related to efficient use of water to avoid scarcity in future.

This was discussed during a dialogue session, titled, “Water Trends, Challenges and Sustainable Strategy for its Security,” convened at US-Pakistan Center for Advanced Studies in Water (USPCAS-W), Mehran University of Engineering and Technology (MUET), Jamshoro. The session was held in collaboration with Government of Sindh; The Asia Foundation; Australian Government; Water Environment Forum and Hashoo Foundation.

While addressing the inaugural session, Water Environment Forum Chairman and former federal minister Nisar A Memon said, “Once upon a time, Indus river was a mighty river but now it’s no more the same, the problem is of management because we have 7250 glaciers melting to provide water but there is no proper mechanism to manage them.

Memon added that accountability remained a major issue and he had never seen such a case in which someone was punished for forcefully using water over and above their share. He further noted that water was a matter of life and death, and we must stop politicising this sensitive issue.

We should struggle for its security, the chairman maintained.

MUET Vice-Chancellor Prof Dr Muhammad Aslam Uqaili was of the view that as an academician, we believed in reliable data for any water-related problem in the country and USPCAS-W was performing exceptionally well to augment this need while suggesting workable solutions to the government and other related organisations.

He continued that the key problem remained the implementation of laws and policies as well as improved water governance.

Every individual has to fulfil its own responsibility in conserving and managing the water resources, Prof Uqaili remarked.

Asia Foundation Program Director Farid Alam noted that Pakistan was amongst the 36 most water-scarce countries while experts had indicated that the country would run out of the water by 2025.

He said that the rise in population and climate change were both badly affecting the availability of water in the region and the issue must be debated to find a sustainable solution.

Pakistan Metrological Department Director-General Dr Riaz Khan said that rain was the main source of water in Pakistan and Sindh was a rain-deficient province.

USPCAS-W Project Director Dr Bakhshal Lashari informed that by now, round 1.3 million tube wells had been installed in the country to extract about 50 million acres feet of water, including brackish water, which was adding to surface salinity.

He said that the transboundary water dispute was badly affecting regional water security. If Kishan Ganga and Baghliar Dams were built by the neighbouring country, it would further aggravate the water security situation in the country.

Former WAPDA Chairman Syed Raghib Shah asserted that the misuse of technology was affecting water management in the country.

International Water Management Institute (IWMI) Head and Principal Researcher Dr Arif Anwar emphasized upon the rational allocation of water available for agriculture, industry and services for uplift and growth of the country’s economy.