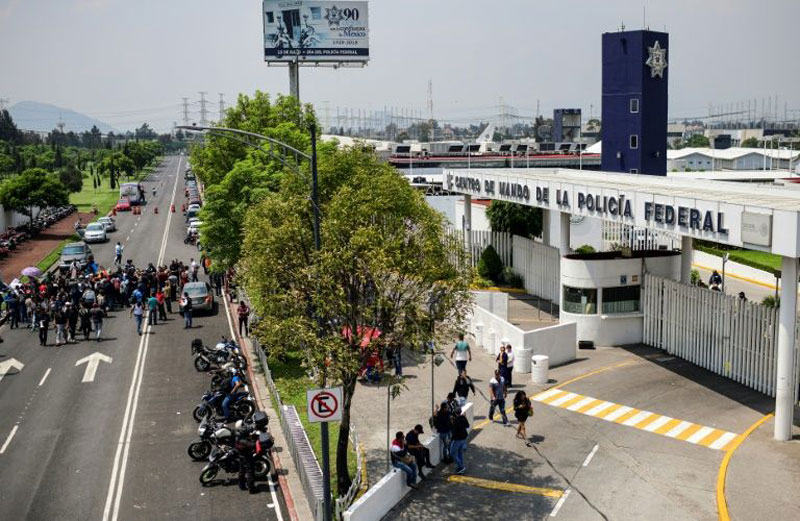 The Mexican government said Thursday there is a political conspiracy behind a protest by federal police angry over their imminent transfer to President Andres Manuel Lopez Obrador’s new National Guard.

Hundreds of federal police have been blocking roads and demonstrating in Mexico City the past two days to protest the National Guard, a newly launched security force that is Lopez Obrador’s plan to fight soaring crime and deal with chronic corruption in the police.

Officers accuse the government of cutting their pay and violating the constitution by putting them under military command in the National Guard.

Lopez Obrador, who denies those claims, fired back that the protest was being promoted by “dark forces” in Mexican politics.

But Security Minister Alfonso Durazo said that “interest groups linked to corruption” were backing the protests.

He specifically mentioned former president Felipe Calderon as having ties to the protest leaders.

Calderon, a fierce critic of Lopez Obrador, was president from 2006 to 2012 for the conservative National Action Party (PAN).

“The situation is being exploited by systematic critics of the government, and also by interest groups linked to the corruption that was structurally embedded in the federal police,” Durazo told a news conference.

Calderon denied any link to the protest.

“I reject the cowardly insinuation that I am behind this. If you have proof, show it. If not, retract your statement,” he said.

After holding talks with the government, the protesting police agreed to lift their road blocks in the capital.