ISIS and TTP’s deadly alliance: What Islamabad needs to consider

Pakistan’s last few years’ counterterrorism operations in the country have devastated two militant groups: Tehreek-e-Taliban Pakistan (TTP) and the Islamic State (IS). However, the resurgence of IS and TTP activities in recent weeks means that the network of these groups still remains a challenge. There is enough evidence to suggest that both groups are cooperating against Pakistan’s interests. The counterterrorism operation in Peshawar, and the recent bombing in Quetta and Chaman, involved operatives from both the groups.

While the two groups do not agree in terms of their individual ideology, it wouldn’t be a surprise if they have formed an alliance against the Pakistani state to frustrate the country’s counterterrorism efforts.

Moreover, for these groups, it only makes sense that they unite their resources against an actor that has destroyed and targeted their operations in Pakistan. Both groups are based in Afghanistan, and that means that their presence in Pakistan’s neighbourhood is a serious security threat for the country. 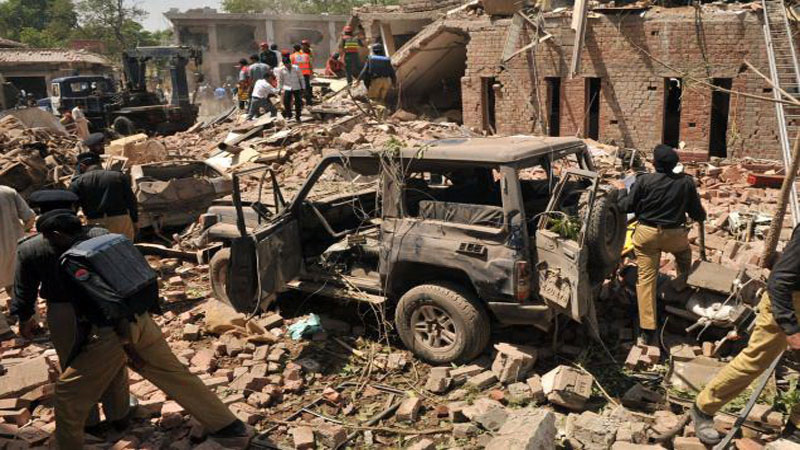 Newly unclassified intelligence suggests that ISIS is growing “both in numbers and ambition, now boasting as many as 5,000 fighters-nearly five times as many as estimates from last year-while turning its focus to bigger and more spectacular attacks.” The latest quarterly report by the Lead Inspector General for Operation Freedom Sentinel estimates that ISIS has fighters in Kabul as well as in Nangarhar and Kunar provinces, and in other parts of northeastern Afghanistan.

According to the report, the terror group has been gaining ground, both against the Afghan government and the Taliban. The report estimates that a large number of ISIS recruits are local, and come from the ranks of disgruntled Taliban fighters. The report further notes that “despite losing key leaders and suffering constant setbacks on the battlefield, ISIS has found a way to maintain its numbers by successfully recruiting disgruntled Taliban fighters as well as jihadis from further afield.”

In this context, Pakistan’s position in Afghanistan has become more interesting. Any potential agreement between the Afghan Taliban and the United States will have to address the issue of ISIS and TTP’s presence in Afghanistan. It should be expected that the role of the militant group’s sanctuaries in Afghanistan that threaten Pakistan’s security is going to be central to the Afghan peace process. The sensitivity of the subject should be gauged by the US’s designation of the Baloch Liberation Army (BLA) as a terrorist organisation. While the designation of the BLA as a militant group is a major diplomatic victory for Pakistan, the issue also points towards seriousness when it comes to dealing with groups that perpetuate Pakistan’s instability and disunity.

Given that Pakistan and the US’s bilateral relationship improves in the wake of the recent development, the cooperation between the two countries in Afghanistan will become persuasive. Both states are looking for such a phase to sort out pressing issues. Pakistan on its part wants to make sure that its security interests remain part of any agreement among parties discussing the Afghan peace process. The US, on its part, wants to make sure that the country’s withdrawal from Afghanistan take place slickly and within the projected timeline, which is expected to be before the upcoming US presidential election next year.

The TTP may have been defeated in Pakistan but the group’s presence in Afghanistan has not ended. It is only fitting that Pakistan takes up the issue of the TTP and IS sanctuaries with the US representatives and the Afghan government. Already, Pakistan has liaised with the US and the Afghan government on the issue. Last year, the former TTP chief, Mullah Fazlullah, was killed in a drone strike in Afghanistan. Pakistan’s civil and military leadership appreciated the development: “Pakistan military leadership has always maintained that a cooperative and coordinated approach is the best response to the menace of terrorism.”

On a broader level, Pakistan, on its own, has fenced the border with Afghanistan, and the lack of support from the US and Afghanistan in this regard shows disinterest towards Pakistan’s security. Pakistan should expedite its counterterrorism efforts to ensure that existing networks of these groups are broken in Afghanistan. Without a doubt, Pakistan should remain vigilant to the IS and TTP’s growing activities along the Durand line.