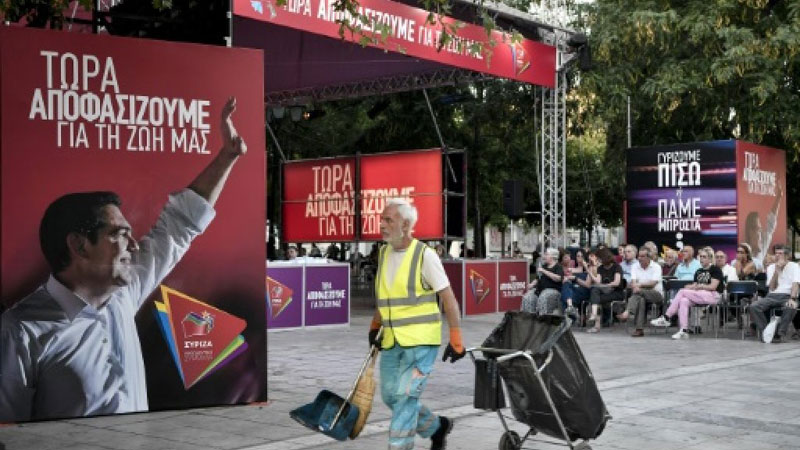 Greece is holding its first post-bailout general elections on Sunday after a campaign focused on middle-class tax complaints, the Macedonia name deal and security.

Here are profiles of the two main contenders:

On the back foot after four nearly unchallenged years in power, Alexis Tsipras is fighting against the odds to survive in the July 7 elections.

Tsipras broke the mould as Greek PM. Just 40 when he assumed power, he was the youngest premier in 150 years, as well as the first self-avowed atheist.

Seen as easy-going and charismatic by supporters, appearing always without a necktie, he bemused his European peers with a crusade against austerity as he launched into a whirlwind six-month negotiation that nearly saw Greece kicked out of the euro.

A political chameleon — or shameless populist to his critics — the former Communist then bowed to EU leaders’ demands and signed onto a third bailout despite his hardline leftist credentials.

In four years in power, he has tried to soften the austerity blow with health, rent and electricity benefit initiatives for Greece’s poorest, funded by piling further taxes on the middle class.

It was this policy that Syriza leaders now admit proved their undoing in European and local elections. The party was roundly defeated by the New Democracy conservatives of Kyriakos Mitsotakis — sparking Sunday’s snap election.

Brokering a deal with his Macedonia counterpart Zoran Zaev to rename Greece’s northern neighbour the Republic of North Macedonia in January was another achievement of Tsipras that proved controversial.

The Greek PM and Zaev were nominated for the 2019 Nobel Peace Prize — but it sank Tsipras’s coalition government and left Greece’s populous north seething.

A lifelong fan of Che Guevara, Tsipras has named his youngest son Orfeas Ernesto after the Argentine revolutionary.

Tipped as the next prime minister of Greece, Kyriakos Mitsotakis is a hard-nosed reformer and political dynasty scion with controversial civil service job cuts on his resume.

Three years after taking over the leadership of the conservative New Democracy party once headed by his father, the 51-year-old Harvard graduate and former McKinsey consultant has pledged to create “better” jobs through growth, foreign investment and tax cuts and to “steamroll” obstacles to business.

In his sole ministerial stint in charge of administrative reform in 2014, he was handed the task of eliminating 15,000 civil service posts under pressure from Greece’s creditors.