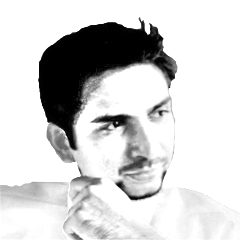 The rise of the far right

In 1989, Francis Fuguyama inedited a prolegomena with the title “The End of History?”, which in 1992 was further elucidated in one of the best-selling books named “The End of History and the Last Man”. Like many around at that time Fuguyama also thought that humanity has finally reached the pinnacle of social development. Owing to the technological evolution and swift means of communication the world has embraced Western Liberal Democracy as final form of government. Four years later in 1996 Fuguyama’s teacher, Samuel P. Huntington came up with an antithesis that humanity has not reached such a high pedestal and the now religion and culture will be the bone of contention among various parties and not countries.

Today, more than two decades have elapsed. The abysmal socio-political picture we see not onlycorroborates what Huntington said but the concern is much graver that if things are not nipped in the bud, we may see revival of Fascism that will eventually push humanity into the dark times once again. The problem is not contained to a community or a continent, it has become epidemic that spreads like a virus and what astonishes us is that once such intolerant citizens were a minority but today, they have become majority and are electing regimes which buttress ideas of violence and vendetta.

A couple of days back Walter Lübcke, a 65-year-old member of the Christian Democratic Union of Germany was shot in the head because he was one of the protagonists for open door policy for refugees. The assassin 45-year-old, Stephan Ernsthad a history of being involved in criminal activities against immigrants and asylum seekers. What flabbergasts the investigators is that such people show no remorse for what they have done and are vainglorious. They think of themselves as heroes for a so-called greater cause of purging their states from people of other ethnicities, religion, color, cast and creed. Although German government has urged the people to be vigilant and report if they encounter and person they might suspect is associated to Neo-Nazi groups, the threat still remains in form of sleeper cells that can be activated without any warning.

The Christ Church shooter, Brenton Tarrant was a perfect example of how West has produced their own version of Taliban. These men are predominantly white and have a false sense of superiority on other races. Tarrant was brain washed for a long time, the weapons he used had writings and markings suggesting that he was taking revenge from Muslim immigrants for the conquered land in Europe in middle ages. Moreover, a large number of people not only liked the live video of shooting but also portrayed him as hero and champion of their cause. Such glorification exhorts other people to join the ranks of these Neo-Fascist groups.

As intolerance is becoming a norm, more and more people have become aggressive in nature and they want someone to represent them who is uncouth and belligerent in outlook. Resultantly, leaders these days do not try to become a figure which appeals to the entire nation but they focus on a specific group of people who are adequate to win them elections. They will only speak on behalf of the population that can catapult them into power and ignore as well as threaten to undermine interests of minority groups.

Recent elections in India have proven that the above technique works very well for power hungry politicians who are ready to sell their soul to the devil and will not budge even if they have to wipe off the minorities altogether. Since Modi and his party BJP which is offshoot of RSS (RashtriyaSwayamsevakSangh) have clinched power, mob lynching incidents have spiked up to unprecedented levels. India MP Mahua Moitra’s speech jolted the floor of Indian parliament and sent shockwaves deep into the echelons of power when she presented 7 signs of rising Fascism in India. Irony is that those who become a part of fascist agenda have a sense of self-righteousness and any dissenting voice is muffled.

Situation of political arena in Pakistan is slowly but surely slipping towards intolerance and autocratic practices. The frustration and sense of depravation was rampant among the masses after years of injustice and PTI struck the right notes by giving hope to the masses that Imran Khan is the only elixir to all the ills besetting the country. People wanted a man who has the energy to make things happen and the physical fitness of Imran khan made them think he will be as effective in working with files and policies as he was with his push-ups on the container.

Calling the opponents and degrading them in every way was giving the necessary fodder to the frustrated supporters who wanted everyone to be hung for a change. Although, we might have thought that such browbeating is part and parcel of the elections campaign and once in the offices the same winning party will members will start working for the green pastures the nation was promised for but recently Faisal Vawda a federal minister stated on a tv show that if 5000 people are hung without due process only then Pakistan can make leaps.

The clamping down on opposition leaders is pushing us into something that is being liked by many right now. However, in longer run it will move towards taking away rights from the common citizen. Today people are being booked for posting material against the government, tomorrow the sentences will be increased from days to months and years. The political victimization of opposition leaders is also pretty evident. The masses need to take their heads out of the proverbial sand and urge their leaders not to push them further into this cobweb of 90s politics as we have already been there and know the dire consequences.