Kalatuk — a beautiful village in Kech 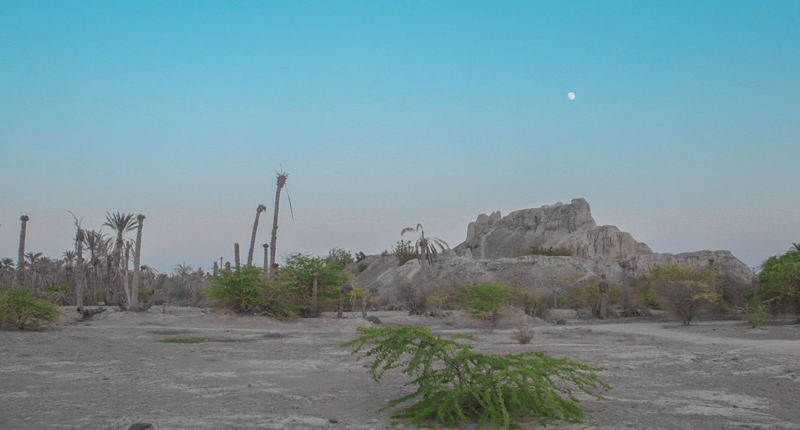 Turbat is a city full of historical and ancient places. There are so many wonderful villages and town nearby such as Dasht, Mand, Buleda, Kalatuk and many more.

Among these stunningly beautiful towns, Kalatuk is a town full of splendour and comeliness.

Kalatuk lies at a distance of 25 kilometres west of Turbat city and has a population of 9,000 people approximately.

Kalatuk is a Balochi word derived from Kalaat which means fort.

There is a fort of Shay Qasim Gichki in Kalatuk that is why the town has been given this name.

There are so many historical places, popular singers and cuisine in this town.

Allu e Gwarm was a famous ancient lake in Kalatuk. People from different villages used to visit this lake for enjoyment and fun.

Moreover, Baloch people before the wedding night or nikkah for preparing and dressing up the groom, they take him to Kohrag.This site was popular in ancient times for Kohrag.

Similarly, Kahrez-e- Saadbaad is a Kahrez which was established by the Irani king namely Saad in Kalatuk which has been given the name of Saad o baad later.Since early times, Kalatuk has been greatly famous for its songs and Dholki.

It is believed that the dholki of Kalatuk was and still is the most melodious of Kech district. The famous dhol wala in Kalatuk of the earlier times are Ahmed, Muhammad, Peeru and Faqeer.

There were also many popular female singers in Kalatuk who were called in marriages for singing.

Moving to the cuisine, Kalatuk is well known for its spicy and crunchy Pakoras.

No one in Kech can beat the taste of Kalatuki Pakoras.

Travelling to Kalatuk without tasting the scrumptious Pakoras is just half done.

However, there were numerous famous, renowned and wealthy personalities in Kalatuk whose services are still remembered by the residents of Kalatuk and their names are written in the Golden pages of Kalatuk’s history.

Meer Yar Muhammad is among such generous and well famed personalities.

He is among those prominent personalities who served as an epitome of hospitality and generosity.

People far away from different areas came to Kalatuk in his home for shelter, vas guests, even foreigners. Although if a guest arrived at midnight, he would arrange special meal for them.

He was the best example of hospitality.

Apart from him, there lived many saints and religious people. One of the most known is Mulvi Muhammad Hussain, people used to call him Waja Mul Sahib.

It is trusted that he had divine powers and was more than a cure to the people.

People considered him as a blessing for the town.

Everyone admired him and his work.

He had many disciples and followers.

In short, Kalatuk is a place where you find everything altogether, peace due to its natural views, rich culture and history, love and affection owing to the people who are so simple and loving, but yet super talented.

Kalatukis are among the most talented people in Turbat. They are good at sports, cooking and most importantly farming. There are many fields and orchards which are picnic points for Eid.

Water tanks are a source of refreshing baths in extreme summer heat.

Undoubtedly, Kalatuk is a must visit site for a tourist who visits Turbat.