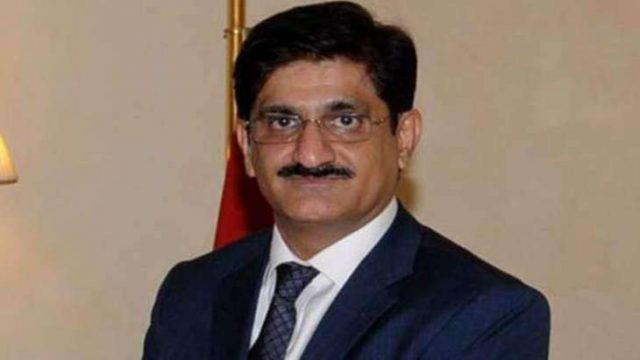 Sindh Chief Minister Syed Murad Ali Shah said on Sunday that the ongoing locust attack on crops was not severe.

“I am constantly monitoring the situation. The crops are not damaged. The Sindh government is trying to make all efforts to control attacks on crops by locust swarms. The Plant Protection Division works under the federal government. This division was established by Shaheed Zulfiqar Ali Bhutto. At that time, 17 airplanes had been purchased for the division. However, now only seven airplanes are available. Only one of them is in working condition. This airplane has been sent by the federal government to Sindh to spray insecticides to control the swarms,” the CM said.

To a question about the meeting of Pakistan Muslim League-Nawaz lawmakers with Prime Minister Imran Khan, the Sindh CM said that opposition parties were being harassed by the government.

“Opposition MNAs and MPAs have been facing constant harassment and pressure from the federal government. They are being forced to change their loyalties. This is commendable,” he said.

He said that the federal government had to provide Rs 665 billion to the Sindh government in the current financial year. “However, it has only provided Rs 505 billion to us so far,” he said.