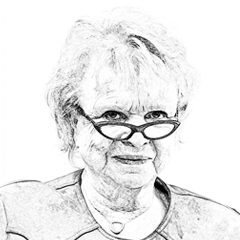 There is no green revolution without tax justice

The “green wave” recorded during the European elections on 26 May should give Europe momentum. It is now time we oppose our determination to build a social, democratic and ecological Europe, against the withdrawal desires of nationalists and Eurosceptics, or the temptations of the status quo offered by Conservatives and Liberals.

The strong mobilisation of young people for the climate gives me particular hope for the future. In France and Germany, the Greens were the highest-ranked party among the 18-34 demographic in this election. And though high school students cannot yet vote, they are already expressing their willingness to defend their future on the streets during the climate marches.

As my mandate as a European MP ends after ten years of fighting, I want to tell these young mobilised people from Europe and the rest of the world that it is up to them to take up the torch. I also want to convince them that there is no green revolution without tax justice.

First, because there is a direct link between environmental degradation and tax evasion. Take illegal fishing or logging, for example. The income from this trafficking is clearly not invested in savings banks; it is hidden in tax havens. Secondly, States must have more resources to finance the ecological transition we are calling for, and, for this reason, multinationals must pay their fair share of taxes. We must put an end to aggressive tax optimization strategies that allow them to pay no taxes despite record profits. That Google, for example, was able to transfer 19.9 billion Euros to Bermuda in 2017 through a Dutch shell company is outrageous. Tax evasion costs the European Union 20% of its corporate tax revenue each year.

For ten years, I have made tax justice a priority for my work, in the European Parliament. I leave now my position with a mixture of satisfaction and bitterness. Satisfaction first, because we have achieved important victories. Whistleblowers, who defend the general interest at the risk of their own lives, will now benefit from European protection. Financial crime will be better attacked through the creation of a European Public Prosecutor’s Office to coordinate cross-border investigations. Moreover, the European Union has finally required intermediaries – such as banks and tax lawyers – to transmit the plans they draw up on behalf of their clients to the authorities.

Today Europe that is more respectful of the environment, justice and solidarity, is within reach. It is also time for developing countries to seat at the table, and make their voices heard

The bitterness is there, however, because there is still so much to be done. The proposal for tax transparency for multinationals is still blocked by Member State governments, while we are entitled to check whether these companies are paying their taxes where they actually do business. Above all, I regret that Europe has not yet adopted unitary taxation of multinationals, imposing taxes on a multinational as a single entity – which they are in reality, rather than a myriad of so-called independent subsidiaries, as they claim. This would put an end to the sleight of hand that allows companies to declare their profits wherever they want, with the sole purpose of paying almost no tax!

This system, which benefits a handful of cheating states in the European Union – notably Ireland, the Netherlands and Luxembourg – harms all the others. It also engages our responsibility towards developing countries. For example, the Tax Justice Network has just revealed that tobacco giant British American Tobacco artificially declared part of its profits in a British subsidiary, where it is exempt from tax. If nothing changes, the company will have avoided paying € 625 million by 2030 to Bangladesh, Indonesia, Kenya, Guyana, Brazil and Trinidad and Tobago. Without transparency and unitary taxation, multinationals will be able to continue plundering poor countries from the South.

On May 31, in Paris, 129 countries agreed on the need to change global tax rules and prevent multinationals from declaring their profits – and associated taxes – wherever they want. In other words, they decided that multinationals should be considered as single entities – which they are in reality, rather than a myriad of so-called independent subsidiaries, as they claim. It is a revolution that we have been defending worldwide within the Independent Commission for the Reform of International Corporate Taxation (ICRICT). Of course, the political battles have only just started, because the interests diverge considerably among the 129 states.

For ten years, I have defended the vision of a fairer Europe. A Europe that puts an end to the impunity of the powerful. I have acted for a Europe that defends the general interest rather than multinationals. This Europe that is more respectful of the environment, justice and solidarity, is within reach. It is also time for developing countries to seat at the table, and make their voices heard.