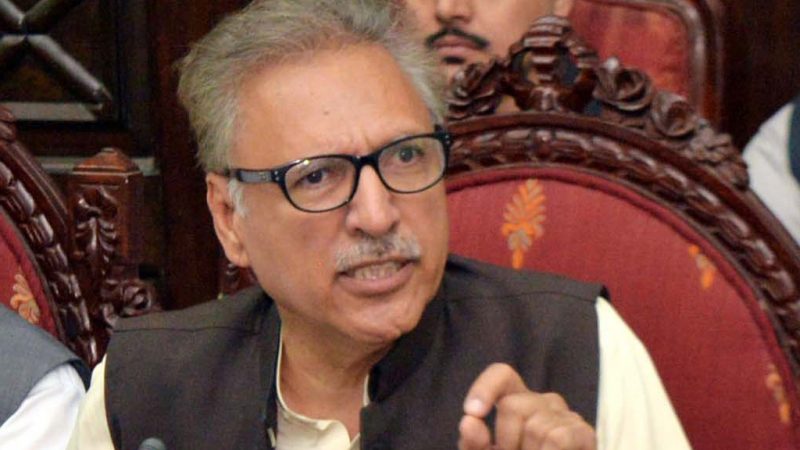 Expressing strong resolve for addressing vital social issues, President Arif Alvi has said that his office will continue to play its constitutional role for bringing social change in the country.

“Issues such as malnutrition, infant mortality, population growth, and women’s right to inheritance need to be addressed in a more prudent manner to get the desired results in the shortest possible time,” the president said this while talking to a delegation of APNS Executive Committee at Aiwan-i-Sadr.

Special Assistant to Prime Minister on Information and Broadcasting Dr Firdous Ashiq Awan was also present on the occasion.

Talking about the role of media and its importance, the president said media has a very important role to play in connecting, informing and educating people for the common cause of national development and social change. However, he cautioned, extra care is required to combat the emerging threat of fake news, which, he said, has traces in history that led to disastrous consequences. In recent years, fake news has gained momentum and dented the credibility of information, he added.

Talking about the importance of emerging technologies and its usages, the president said that unless a nation is equipped with modern technologies including the emerging concept of artificial intelligence, the dream of becoming a progressive and developed country cannot be achieved. He expressed his gratitude to the media community for their support on his initiative on artificial intelligence which, he said, will bring sea-change in the overall thinking pattern of the researchers and scientists.

He also mentioned that his initiative of artificial intelligence has gained significant success in Karachi and keeping in mind the need to further spread it to other parts of the country, the same program had also been launched in Islamabad and Faisalabad.

Talking about his recent meeting with Afghan President Ashraf Ghani, the president said that it was a very fruitful meeting that entails a lot of hopes for bringing peace in the region. He said Pakistan fully supports peace process in Afghanistan and actively will contribute for its rebuilding.

Dr Firdous Ashiq Awan said the guidance and the patronage of President Alvi has always been very encouraging, which augurs well for the development of media in Pakistan.

The APNS delegation expressed their gratitude to President Alvi for his constant support to the media community in the country. It is the responsibility of the media community to check news for accuracy before disseminating it to curb the trend of fake news, they maintained.