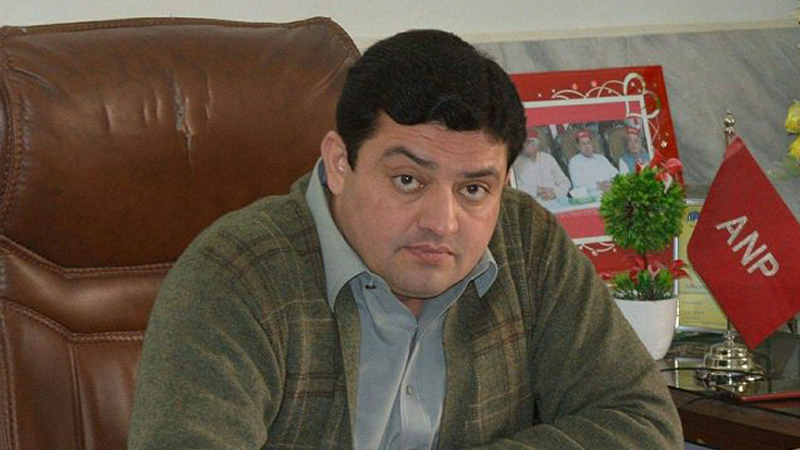 Unidentified gunmen shot dead an Awami National Party (ANP) leader in Peshawar on Saturday. Police said that Sartaj Khan, the ANP Peshawar district president, was travelling in his car when he came under attack in Gulbahar area. “Two men riding a motorcycle intercepted his car. One of them fired shots at Khan with a handgun. Khan received multiple bullet wounds and died on the spot,” Gulbahar area ASP Ahmed Zunair said. Khan’s body was taken to a hospital for a post-mortem examination. The body was later handed over to his family. Muhammad Asim, a spokesperson for the Lady Reading Hospital (LRH), said Khan had died by the time he was received by the facility. The ANP leader received bullet wounds on his face and chest, he added. Khan was a member of the district council from Peshawar. He was elected from Akhunabad area of the provincial capital. Khyber Pakhtunkhwa Chief Minister Mahmood Khan expressed grief over the incident and ordered the arrest of the culprits involved in the attack.