Special Assistant to Prime Minister on Information and Broadcasting Dr Firdous Ashiq Awan said on Friday that the credit of transforming the national responsibility of tax collection into a movement goes to Prime Minister Imran Khan.

In a tweet, the SAPM said that practical step for achieving the target of self-reliance was taken by Imran Khan and this is called patriotism. Imran Khan proved with his actions that as a nation we should strive to end dependence on others, she said.

Dr Firdous said that Imran Khan has taken bold decisions in national interest, not for political benefits. She said that even political adversaries of Imran admit that if the nation shows courage and determination at this critical juncture, a bright future would be our destination.

Condemning that allegation of increase in budgetary allocation of Prime Minister Office in the next fiscal budget, Special Assistant to Prime Minister on Information and Broadcasting Dr Firdous Ashiq Awan said that out of Rs1.179 billion PM Office budget Rs 309 million have been allocated for National Disaster Management Authority (NDMA), which has no link with PM Office. She said that the previous government had transferred the NDMA and its budget under PM Office which used to be part of Ministry of Climate Change.

Talking to APP, the SAPM said that in next fiscal budget Rs 863 million have been allocated whereas Rs 986 million were allocated in the 2018-19 budget which showed 12 per cent cut. She said it was regrettable that the opposition was trying to mislead the people over budgetary allocations for Prime Minister Office. She said that baseless allegation of opposition is a personal attack on the Prime Minister.

Firdous Ashiq Awan said that Prime Minister Office cut down its expenditure by 32 percent during the current financial year resulting in savings which were deposited in the government exchequer. She said that in 2018-19 budget Rs 910 million were allocated for PM Secretariat out of which 41 per cent were saved whereas Rs 472 million were earmarked for PM Office (Internal Wing) out of which 22 per cent were saved with only 370 million spending. She said that despite inflation and increase in staff salaries, budget of PM Office has been reduced which is practical manifestation of the fact Prime Minister has started implementation austerity drive from himself.

Special Advisor to Prime Minister underlined the need for national unity to confront the challenges being faced by the country.

Addressing a seminar on “Pakistan Towards Peaceful Coexistence”, she said that dialogue was the only way forward to resolve issues. She said Ministries of Religious Affairs, Law and Justice and Information and Broadcasting needed to sit together and prepare a roadmap for encouraging dialogue in the society. “Instead of talking about differences, we all need to highlight the commonalities that bring us closer,” she added.

She said the issues of hate speech and extremist mindset needed to be tackled with a moderate and progressive vision, linking it with true Islamic philosophy.

She said that in the current changing scenario ‘Ijtihad’ (the process of deriving the laws of the Shari’ah from its sources) had become an important component adding that the Council of Islamic Ideology (CII) had challenged several status quo decisions.

Dr Awan said that Higher Education Commission (HEC) of Pakistan would be awarding around 3000 scholarships to Afghan students under a four-year programme.

“These scholarships will be offered in phases and every year students of different categories will be the beneficiaries (of these scholarships),” she told APP. “This year around 795 Afghan students would come to Pakistan for studies and benefit under this programme.

These scholarships are a gift from Prime Minister of Pakistan, the government of Pakistan and the HEC,” she added. She said that the Afghan students, who were capable and had the passion to pursue their educational careers were being invited adding, “Pakistan is going to host these students.” 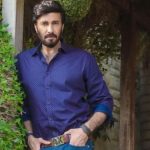 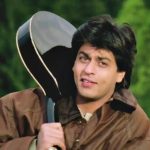 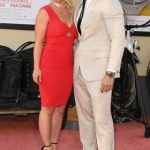 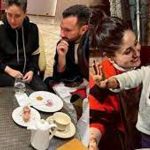