Leg-spin legend Shane Warne while supporting Australian team management’s decision to reprimand all-rounder Glenn Maxwell for his statements regarding Matthew Wade said the punishment should have been kept “in-house”, cricket.com.au reported on Monday.

Maxwell came under fire last week for his remarks about his Australian teammate and Victoria Bushrangers’ captain, Wade, for keeping him below in the order that was creating an obstacle in his return to the Test cricket.

“(Maxwell) is obviously just venting a bit of frustration.

“The way Steve Smith handled it in-house, I thought that was good.

“To me Maxwell is a super talent and for me I’d like to see him in Australian colours in all forms of the game.

“But some of that stuff should be kept in-house.”

Maxwell is expected to miss Australia’s second of the three-One-Day Internationals against the New Zealand too. The Steven Smith-led home side registered a comprehensive 68-run victory against the Black Caps on Sunday.

Fielding as a substitute fielder during the Kiwi run chase, Maxwell took a high catch of centurion Martin Guptil to end his 102-ball knock that see him score 114 at a strike rate of 112. The lanky right-hander hit 16 boundaries in the innings – 10 4s and six 6s. 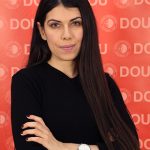