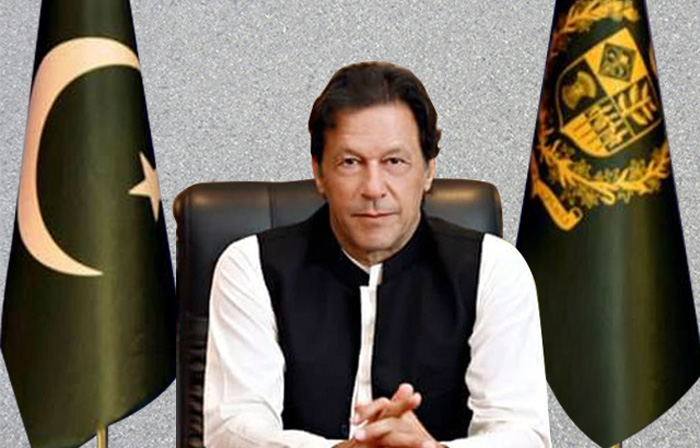 Prime Minister Imran Khan on Thursday, while taking serious notice of the current disproportionate price hike and ineffectiveness of the controlling system, directed the provincial and federal authorities to launch a special campaign to control the same.

In a letter written to all provincial chief secretaries and Chief Commissioner of Islamabad by the Prime Minister’s Office, the prime minister said the effective implementation of the local and special laws concerning efficient service delivery and relief to the general public was one of the prime responsibilities of the field administration.

He said the lack of coordination among various stakeholders, poor understanding or implementation and indifferent attitude had established redundancy of these laws, thus increasing the sufferings of general public.

The prime minister said under the campaign, a strategy would be devised by all stakeholders concerned to implement price control laws effectively from the wholesale markets to retail shops.

All the authorities concerned would make price and market control committees more effective, besides taking stern action against the perpetrators under law, he said. The field officers have also been directed to frequently visit the wholesale markets and be present at the time of auctions to determine the realistic rates.

The prime minister had asked all the provincial secretaries to frequently have a surprise check in the districts.

The special branch would report daily the implementation of directives to the chief secretary and the chief minister concerned.

It has also been directed to develop a mechanism to check unscrupulous elements who charged disproportionate prices without sufficient cause, besides taking strict action against the hoarders.

Under this campaign, the price control committees would notify the rates of essential commodities regularly and also ensure their effective implementation. Moreover, a performance evaluation mechanism, with reward and punishment, would be developed to ensure success of this campaign.

The letter also sought an implementation report on the said directives to be submitted to the PM’s Office within seven days.

Meanwhile, in a fiery statement, Pakistan Muslim League-Nawaz (PML-N) spokesperson Marriyum Aurangzeb said, “Imran Khan, you have to not just take notice, you have to answer for these prices.”

She criticised the premier’s announcement, saying: “You have handed over the [affairs of the] country to the International Monetary Fund (IMF) and now you are taking notice of rising prices.”

“You yourself have raised inflation to 13 percent and now you are taking notice,” she said, further criticising the prime minister’s notice.

“Imran sahib, after having engaged in economic terrorism, [you] should not pull such drama with people, fooling and insulting them,” she said.

She said that the premier had appointed IMF officials and was now asking ‘how the prices soared like this’.

“Do not pretend to take notice, answer to the people why gas prices have gone up by 200 percent,” she demanded.

She said that the people would themselves conduct an inquiry as to how the dollar gained so much in the past 10 months and how the rise in debt hit a historical high of $8,000 billion. Addressing the prime minister once more, she said, “Prices have gone up due to your incapability and incompetence. Don’t rub salt on people’s wounds by taking this notice. The burden of your lies and inefficiency is being borne by them as it is.”