China urges US to settle disputes through dialogue, cooperation 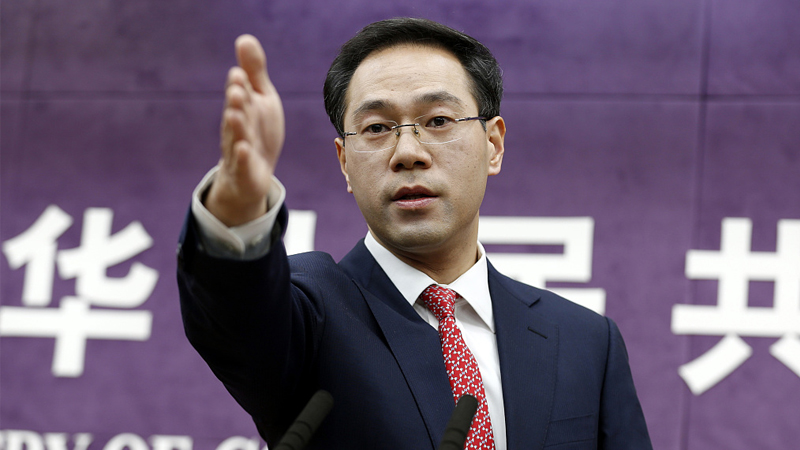 “China always opposes trade bullying of unilateral tariff hikes. We hope the US side could pay attention to the opinions of its business community, and stop its wrong action,” Gao Feng, spokesperson with the Ministry of Commerce, told a news briefing.

Gao was responding to questions about the US hearings regarding the tariff hikes on 300 billion US dollars’ worth of Chinese products, during which more than 90 percent of the representatives made their case against the threatened tariff hikes.

“Cooperation is the only right option for both countries,” Gao said.

He noted that the two countries’ trade teams have continued to maintain contact after their chief trade negotiators had a good telephone conversation on Monday.

The two countries’ trade teams are working to prepare for the meeting between the two heads of state in the Japanese city of Osaka, Gao said.

Meanwhile, a foreign ministry spokesperson on Thursday refuted US Secretary of State Mike Pompeo’s criticisms against the Belt and Road Initiative (BRI), saying that the international community is clear about which country is actually helping build infrastructure and promoting economic development.

“Nobody seems to buy Pompeo’s attacks against the Belt and Road Initiative and his efforts of persuading other countries to withdraw from the Belt and Road cooperation seems to be in vain,” foreign ministry spokesperson Geng Shuang said at a daily press briefing.

Geng’s remarks came after Pompeo criticized China’s Belt and Road Initiative saying that it “came not with strings attached, but with shackles” during his visit to India.

“If the Belt and Road Initiative is indeed a shackle like he said, why could the initiative receive positive support from so many countries and international organizations? If these countries do not join the Belt and Road cooperation, who would help them build infrastructure and promote economic development? Would it be the United States who always holds the banner of ‘America First’? Is the United States willing to earmark the money and propose concrete measures?” Geng said.

He urged certain individuals in the United States not to “sing to one’s own with no audience and ask for snub.”