US markets brace for Trump-Xi meeting amid hope, optimism 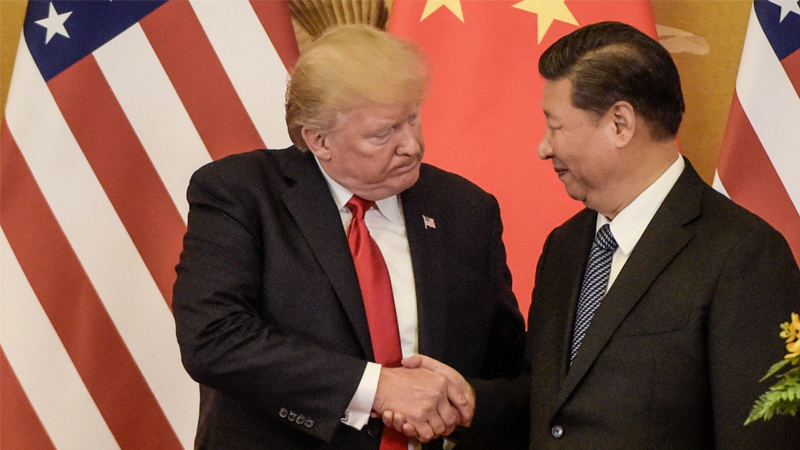 US markets on Wednesday braced for the much anticipated meeting between Chinese President Xi Jinping and President Donald Trump.

“Remembering how important the bilateral Trump-Xi meeting was at the Argentina G20 meeting, markets will be looking keenly for what the result of this meeting means for future US-China trade relations,” Desmond Lachman, resident fellow at the American Enterprise Institute, told Xinhua.

“Will a truce be declared like in Buenos Aires and will further talks be scheduled? Will the talks signal a breakdown in US-China trade relations? Will the trade issue finally be resolved and President Trump roll back the earlier import tariffs on China?” These are all questions the markets will be asking, Lachman said.

Indeed, the US-initiated trade frictions with China has been one of the key factors moving US markets in recent months, with recent days seeing a surge on news that the two sides will meet during the upcoming Group of 20 (G20) summit in the Japanese city of Osaka. Wednesday’s Dow Jones Industrial Average closed at 26,536 — down less than 1 percent from the day before, as markets made no major moves.

Last month U.S. markets saw a major sell-off in response to the trade tensions with China, after Beijing retaliated against recent US tariffs. The sell-off caused the Dow to plummet over 600 points. All three of the major US stock indices plunged by at least 2.3 percent, and the NASDAQ slid 3.4 percent.

The drop followed China’s announcement that Beijing would raise tariffs on around 60 billion US dollars’ worth of American products, in retaliation against Washington’s tariff hikes on Chinese goods.

“It seems that markets are fully expecting that the two sides will agree to further talks and to declare a truce for the next few months to give those talks a chance of succeeding,” Lachman said.

“This being the case, markets will not move much if that is indeed the outcome of the meeting. In the unlikely event that Trump commits to rolling back tariffs in anyway before those talks take place, markets would rally strongly,” Lachman said.

On Wednesday, US Treasury Secretary Steven Mnuchin told CNBC that the Trump administration is “about 90 percent of the way there, and I think there’s a path to complete this.”

“The message we want to hear is that they want to come back to the table and continue because I think there is a good outcome for their economy and the US economy to get balanced trade and to continue to build on this relationship,” Mnuchin said.

President Xi held a telephone conversation with Trump on June 18 at the latter’s invitation, during which Trump said he looks forward to meeting Xi in Osaka and conducting in-depth discussions on bilateral ties and issues of common concern.

For his part, Xi said that he stands ready to meet Trump to exchange views on fundamental issues concerning the development of China-US relations.

On economic and trade issues, Xi stressed the two sides should solve their problems on their economies through dialogue on an equal footing.

Looking ahead to the long term after the upcoming G20 meetings, Zacks Investment Research Chief Equity Strategist John Blank told Xinhua that the markets will “begin to look at the schedule of the negotiations. If there’s actual meetings that are set between the teams, and the announcement of those meetings, that would be very bullish.”

“So what we’d like to see as bull investors is that they have agreed to meet on X and Y date and they are going to do it,” Blank said.

“The actual announcement of meetings would be the bull case. The language that ‘it’s all good and we talked’ would be the base case and the worst case would be ‘we’re not meeting anymore’,” said Blank.

“If they say ‘we’re just not meeting anymore’ and Trump raises the tariffs, then … the markets will sell off,” Blank added. “Those are the three scenarios.”