‘No NRO for looters no matter what they do’ 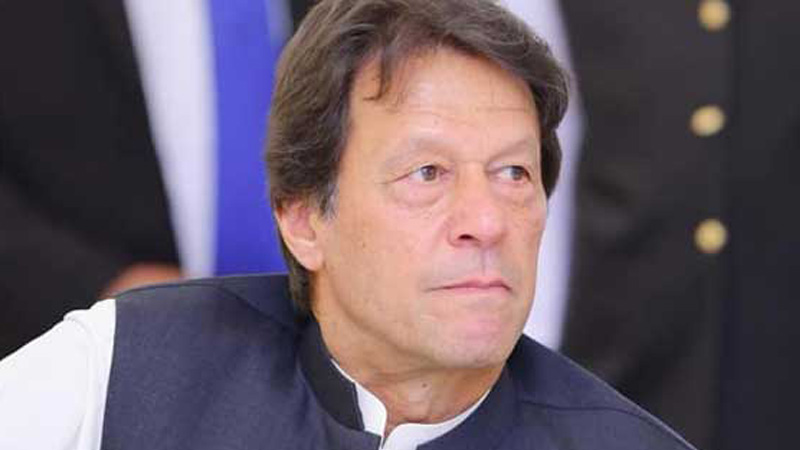 Prime Minister Imran Khan on Tuesday vowed not to issue a National Reconciliation Ordinance (NRO), even if the opposition called an all parties conference (APC) or starts a campaign against the government.

According to sources, the prime minister told members of the Pakistan Tehreek-e-Insaf (PTI) parliamentary meeting, “No has contacted me directly for an NRO. Everyone knows that I will not make any compromises when it comes to corruption cases.”

The prime minister said the opposition could enjoy protesting, and added that he was least bothered about it. “We have to answer for our performance and members of parliament have a duty to inform the public about those responsible for the economic crisis,” the prime minister was quoted as saying.

“We have a direction and are coming out of a crisis. Members of parliament will also start a campaign to make the public aware about paying their taxes,” the prime minister said.

The meeting, attended by the allies of PTI, discussed the overall political situation and the strategy for getting the finance bill passed in the National Assembly. The prime minister also said that all members should ensure their presence in the House, as getting the budget passed was a legal requirement. He also informed the members of the meeting that development budget for Balochistan and tribal areas had been increased.

Meanwhile, PTI leader Jahangir Khan Tareen met Imran Khan at the Parliament House and informed him about the reservations of the Balochistan National Party-Mengal (BNP-M). The federal ministers also meet BNP-M delegation on the special instructions of Imran, sources said.

Imran had separately met leaders of the Muttahida Qaumi Movement (MQM), Pakistan Muslim League-Quaid (PML-Q), Grand Democratic Alliance (GDA) and BNP-Mengal, and assured them of support and addressing their concerns.

The development comes after the coalition partners sought to constitute a joint coordination committee to get their concerns addressed and issues to avoid any misunderstanding for the sake of smooth running of the ruling alliance.

On the other hand, Special Assistant to PM on Information and Broadcasting Firdous Ashiq Awan said the opposition parties’ APC and call for agitation would prove useless.

Talking to reporters after inaugurating an education exposition, she said that the people of Pakistan had already rejected the negative politics of traditional politicians who had played havoc with the national economy and ruined institutions.

“The people are fully aware of the fact that the present economic crisis was created due to bad governance of the previous rulers and they would never buy the narrative of the opposition. Maulana Fazalur Rehman was always in power during past three decades. Now, he misses the corridors of power,” she said.

She said that the opposition was striving for its survival as after the passage of upcoming budget, their days in politics would be numbered.

“New-born political leaders have given a call for agitation, but their own parties have rejected their call. The people also know that these corrupt leaders never gave priority to improving the standard of education for the common man, rather they only focused on education of their children abroad on state money,” she said.

She said the friendly countries including Saudi Arabia, Qatar, UAE and China had extended support to Pakistan to come out of current challenges.

She said that education expos would prove helpful to fight illiteracy and ignorance in the country. She said that the objective of the educational expo was to introduce modern education in Pakistan, instead of focusing on the traditional educational methods.

Separately, Dr Firdous Ashiq Awan on Tuesday said that the business community of the country would be facilitated through the Pakistan Regulatory Modernisation Initiative (PRMI) programme by removing hurdles in the way of starting new businesses. In a tweet on Tuesday, Firdous Ashiq Awan said: “PRMI is an important development in easing the process of getting permit and registration and no objection certificates. Small and medium enterprises (SMEs) will especially benefit from the fruits of this new initiative.”