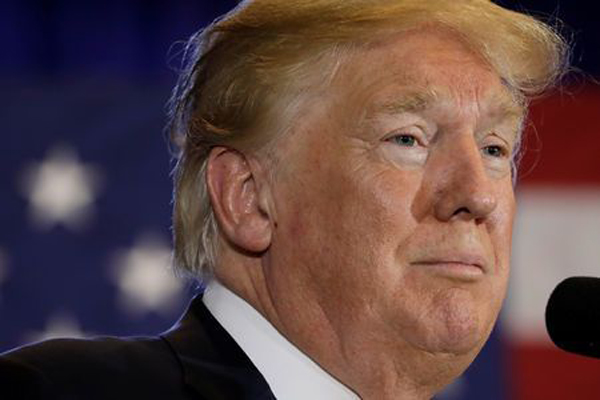 US President Donald Trump again criticized the Federal Reserve on Monday for not cutting interest rates, keeping up his pressure on the central bank to change its policies. “Despite a Federal Reserve that doesn’t know what it is doing – raised rates far to fast (very low inflation, other parts of world slowing, lowering & easing) & did large scale tightening, $50 Billion/month, we are on course to have one of the best Months of June in US history,” he wrote on Twitter. “Think of what it could have been if the Fed had gotten it right. Thousands of points higher on the Dow, and GDP in the 4’s or even 5’s. Now they stick, like a stubborn child, when we need rates cuts, & easing, to make up for what other countries are doing against us. Blew it!” The US president has repeatedly accused the Federal Reserve led by Chairman Jerome Powell of undermining his administration’s efforts to boost economic growth and has repeatedly demanded that rates be cut. The US Federal Reserve last Wednesday signalled interest rate cuts beginning as early as July, saying it is ready to battle growing global and domestic economic risks as it took stock of rising trade tensions and growing concerns about weak inflation.