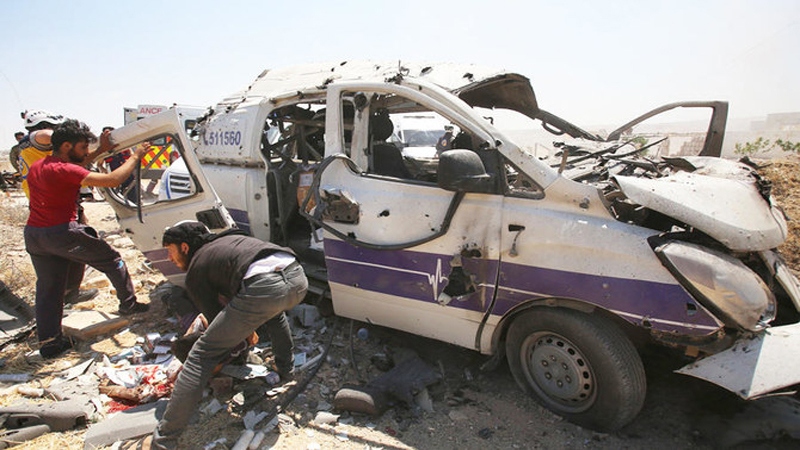 Regime airstrikes on an anti-government stronghold in northwest Syria on Saturday killed five civilians including three children, a war monitor said, as a two-month flare-up showed no letup. The Idlib region of some 3 million people is supposed to be protected by a September buffer zone deal, but the opposition-run enclave has come under mounting bombardment by the government and its ally Russia since late April. All five civilians killed on Saturday lost their lives in air raids on the Idlib province. Among them, two children were killed in a garage on the edge of the town of Maaret Al-Numan, while another child died in the village of Maar Zita, the Syrian Observatory for Human Rights said. The other two civilians were killed in strikes on the villages of Kansafra and Khan Al-Subul, the Britain-based monitor said. The September deal signed by Russia and opposition backer Turkey was supposed to set up a buffer zone around the Idlib region, but it was never fully implemented as the opposition refused to pull back from the front lines.