How the buildings in Greenland are colour-coded 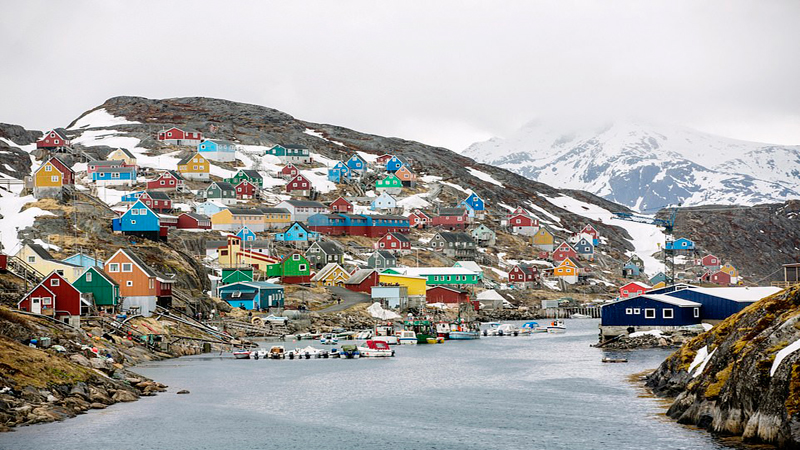 When it comes to colour variation, Greenland offers very little – it’s mostly white, despite its name. That is, apart from its eye-catching multi-coloured buildings. You’d be forgiven for thinking that they’ve been painted in a variety of colours as Instagram bait for visitors. But the hues actually, in many cases, reveal the occupation of the residents and the purpose of the structure.

The colour coding of buildings and houses in Greenland dates back to its 18th-Century colonial era, when wooden houses were sent up from Scandinavia as timber kits.

There were no house numbers or street names so all buildings were one of five base colours – red, black, yellow, green and blue – and each colour had a specific meaning.

Ujammiugaq Engell, from the Greenland National Museum and Archives, told MailOnline Travel: ‘Red was by far the most predominantly used colour as it represented not only the church but also a trade.

‘This meant that all buildings that were related to either of those things, whether it was the actual church or shop or the house in which the priest, shop owner or clerk lived, would be painted red.

‘Later on the trade shifted over to its own colour and started favouring black.

‘Yellow originally represented anything health-related. All hospitals were painted yellow as were the houses where doctors and nurses lived.

‘Last but not least, was the colour blue, which was often reserved for GTO (The Greenlandic Technical Organisation) and factories.

‘The reasoning behind the colour coordination was, of course, to make it easier to distinguish between the houses and to create a system in a time before street names and house numbers.’ 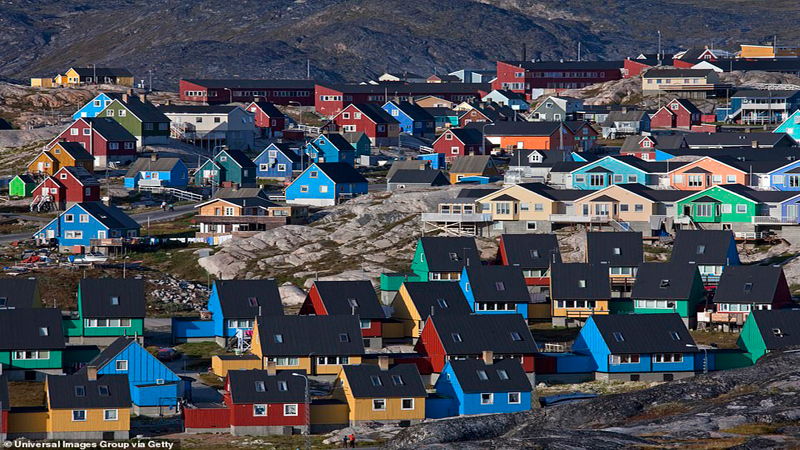 However, Ujammiugaq explains that the system was not always rigid so there were some anomalies.

And owners today are free to paint their abode in any colour they choose.

She added: ‘As the colour coordinating system was never completely rigid there have almost always been houses and buildings in the aforementioned colours that were not in any way related to the different trades.

‘It was, after all, quite difficult to come by paint in colonial-day Greenland, so one had to make do with any colours at hand.

‘There are a few things that have stuck around today though. The hospitals here are still yellow and the cathedral of Greenland is still red.’