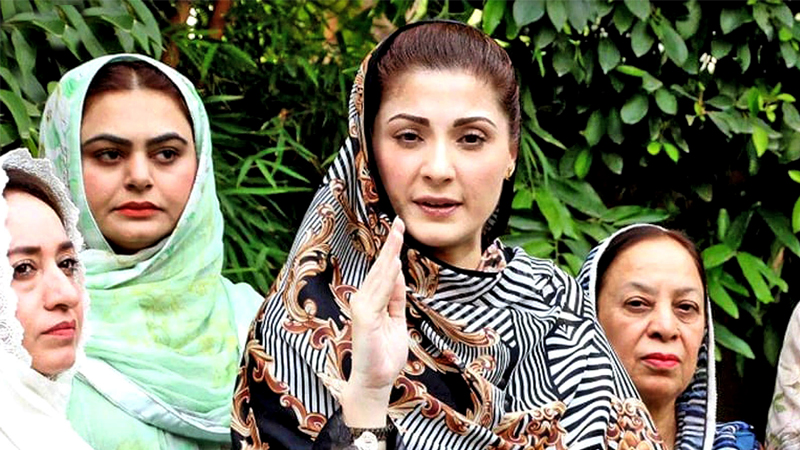 Pakistan Muslim League-Nawaz (PML-N) Vice President Maryam Nawaz Wednesday said the opposition parties are not adequately raising voice for the people, calling for unity among their ranks to give a ‘tough time’ to the ‘anti-people’ government of the Pakistan Tehreek-e-Insaf (PTI).

Speaking to media after her visit to the residence of the PML-N leaders Khawaja Saad Rafique and Khawaja Salman Rafique, the PML-N leader said she will not leave the side of the people of Pakistan who have been buried in the miseries due to policies of the incumbent government. The Sharif family will not be intimidated by the jail sentences or fake cases against them and will continue to speak out against injustice with the people, she added.

“The people of Pakistan are looking towards the opposition leaders to block the anti-people budget. Those who will vote for it will be criminal in the courts of the masses,” she said. “It is not easy for the government to pass the budget. The opposition should give a tough time and expose the government,” she remarked. “The budget has piled on the misery they [the government] have ditched out since they have taken the reins,” she added.

While hitting out at Prime Minister Imran Khan’s sister Aleema Khanum, the PML-N leader said the National Accountability Bureau (NAB) has its eyes set on the opposition, however the anti-graft watchdog has turned a blind eye to her alleged corruption.

The scion of the Sharif dynasty claimed that if the government had come into power through unfair means, it is necessary to tell the truth to the public. “No one can stop me from calling him (PM Imran) a conspirator. This is a government of the incompetent,” she said. “He [Imran Khan] thinks he is still giving speeches on a container … he has ruined the sanctity of parliament with his rhetoric,” she said. “Even if the government puts all opposition leaders behind bars, it will still not be able to serve the public,” she added.

“Saad Rafique’s only crime is beating the selected prime minister in the general election,” she said, adding that the PML-N had been extremely hopeful that Rafique’s bail application will be accepted. “Rafique’s incarceration and sham cases against him are nothing more than political vicitimisation. This is how those who win the public’s mandate are being treated by the government,” she lamented.