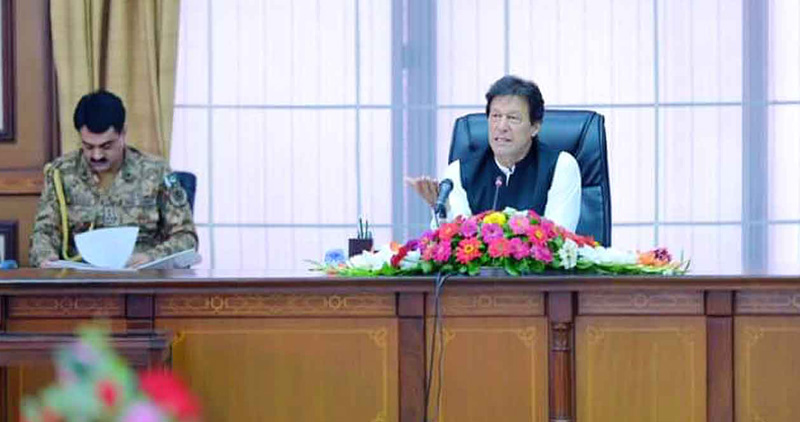 Prime Minister Imran Khan on Tuesday said the Pakistan Tehreek-e-Insaf (PTI) government would get the Federal Budget 2019-20 passed and that the cabinet members should not stress about it.

Imran also advised the cabinet members not to fear any kind of blackmailing tactics from the representatives of the opposition parties.

According to sources, the premier led a meeting of the cabinet wherein the government readied a strategy to deal with the opposition. The PM told the federal ministers to respond to the opposition’s language in kind, the sources added.

The PM noted that since the opposition did not let the government representatives speak, the latter should not allow the former to speak either. Cabinet members should not, in any condition, falter in their stance, he said.

Not just the assembly, Imran advised them to stick to their narrative in the media as well and respond extensively.

If the opposition wished to stage a protest, they could go ahead and do it a 100 times, the premier said, but warned that the law would come into action should they hinder the Pakistani people’s lives.

Khan underscored that he did not know fear and that he would not be blackmailed. He advised the cabinet members not to compromise, and double down in their responses.