Another 480 points ooze out of KSE 100 owing to uncertainty 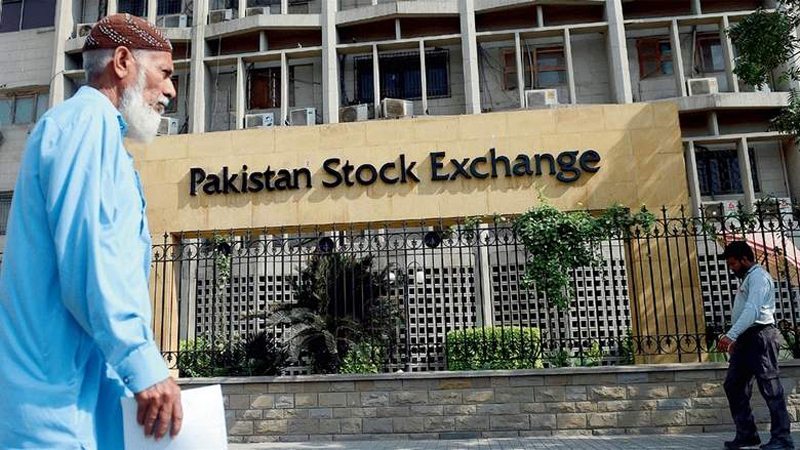 The stock market on Tuesday endured another lackluster trading session. Following a slightly negative onset, the benchmark KSE 100 Index started declining and continued to fall till the very end of the trading session.

The KSE 100 Index closed lower at 34,681.72 (-487.10) points. The ongoing political tensions between the government and the opposition parties continued to dampen investor sentiment. The Pakistani rupee in interbank session gained 16 paisas against the dollar and closed at Rs 156.81.

The value of shares traded during the day was Rs 4.035 billion. On the news front, the State Bank governor stated that Pakistan had fulfilled all the commitments made with the IMF for a $6 billion loan programme and the fund’s executive board would make a decision on the bailout package during a meeting scheduled next month. Cement sector closed lower as investors opted to book profit where major players such as PIOC (-4.5%), DGKC (-4.0%), MLCF (-4.1%), CHCC (-3.9%) and LUCK (-2.0%) closed in the red zone despite increase in cement prices by Rs20/per bag in the northern region. PPL (-1.5%) and POL (-1.4%) from the E&P sector closed in the red as crude oil prices edged lower in the international market.

Top volume stocks for the day were MLCF (-4.1%), TRG (-4.6%) and PIBTL (-0.3%) that cumulatively exchanged 28mn shares. Maaz Mulla, an equity analyst, expects market to remain choppy and volatile until the budget is passed from the National Assembly.