Russian commodities a hit in China 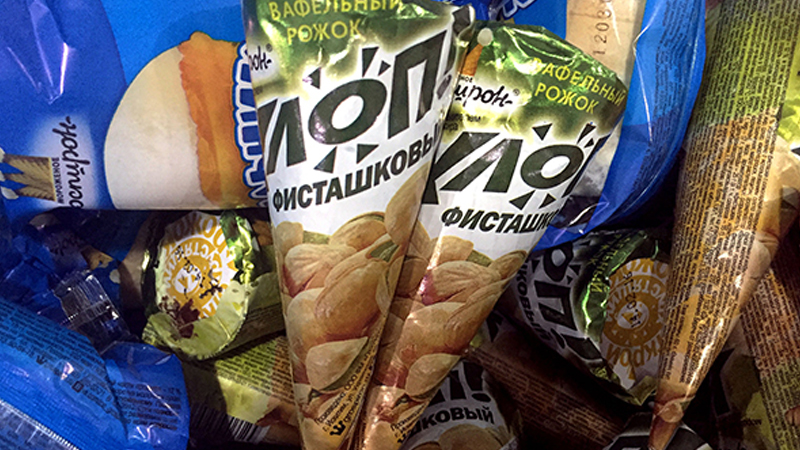 Vodka, ice cream, flour and soybean oil – commodities from Russia – are all the rage among a large number of visitors to the ongoing China-Russia Expo held in Harbin, capital of northeast China’s Heilongjiang Province. One of the most sought-after Russian specialties at the expo is a type of chocolate candy made by Russia’s KDV Group. In China, the confectionery is widely known as “purple candies” because of its distinctive purple wrappers. Purple candies have been catching on in China as many Chinese post photos and videos of them tasting the sweets on social network platforms and short video platforms. “My friends told me purple candies are very popular on the Internet, and they do taste good,” said Harbin resident Wang Xin, who bought four packets of the candies at the expo. “I’ve often heard people say Russian products are cheap and of good quality.” For Lyu Wei, chairman of a trading company in Heilongjiang, the huge popularity of purple candies was unimaginable when his company started importing the product in 2014. “Our import volume was very small at the beginning. We never expected purple candies to become such a hit in China,” Lyu said. In 2015, Lyu’s company sold about 2,000 tonnes of purple candies to customers across China. The number skyrocketed to nearly 20,000 tonnes last year, which brought in revenue of more than 400 million yuan (about 58 million U.S. dollars). “Many customers bought the candies to treat guests during traditional Chinese festivals, which are usually the busiest times for our company,” Lyu said, adding that his company would receive more than 40 containers of purple candies each day during the busy season.