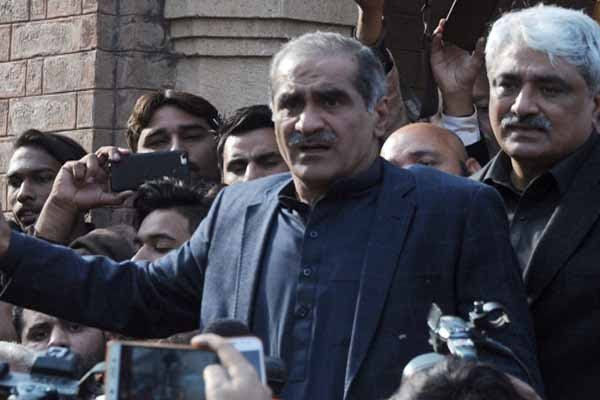 On December 11, NAB had arrested the Rafique brothers after the LHC had rejected their request for an extension in their pre-arrest bail in the Paragon Housing Society scam.

During the hearing, the NAB counsel told the court that the initial inquiry against Khawaja brothers had to be closed in 2007 after both of them “won prize bonds”. “How are prize bonds related to [the inquiry]?” Justice Najafi asked.

The NAB lawyer explained that the Khawaja brothers had argued that they acquired Rs 49 million through a ‘lucky prize bond draw’. “Therefore, it could not be subsequently proven by prosecutors that the assets they owned had been acquired through dubious means,” the lawyer said. Both brothers are currently in judicial custody.

Following their arrests, NAB Lahore had issued a press release detailing the charges against them. “Accused Saad Rafique along with his benamidaar wife Ghazala Saad Rafique, brother Salman Rafique in association with Qaiser Amin Butt and Nadeem Zia established a housing project in the name of Air Avenue which was converted into a new housing project namely M/S Paragon City Pvt Limited. Record shows that M/S Paragon City is an illegal society,” NAB claimed.

“The accused in collusion, connivance and collaboration of Qaiser Amin Butt and Nadeem Zia cheated the members of public at large and obtained illegal pecuniary benefits from the funds of said illegal housing project,” it added.

“The accused is operating this illegal housing project through his associates/ co-accused persons who are collecting deposits from general public despite clear directions from LDA that this project is unapproved. “The accused has been and is continuously obtaining illegal/illegitimate funds/ benefits from said project as he obtained 40 kanal plots in his own name and the name of his brother Salman Rafique.”

“The accused by misusing his official position continued the expansion and marketing of illegal housing project and also obtained undue benefits in the form of sale of numbers of commercial plots worth billions of rupees which were actually not owned by M/S Paragon City. Thus the buyers have been cheated through this action of corruption and corrupt practices.”

Nandipur reference: On Tuesday, the defense concluded its arguments in the acquittal pleas of former prime minister Raja Pervaiz Ashraf and other three accused in Nandipur power project corruption reference. The court had already reserved its judgment on a similar petition of main accused in reference Dr Baber Awan and had decided to announce the judgment on all acquittal pleas together. NAB had nominated a total of seven accused in this reference pertaining to delay in execution of Nandipur power project which caused a loss of Rs 27 billion to the national exchequer.

The petitioners’ counsel had finally concluded their arguments before the Islamabad accountability court.

However, NAB’s special prosecutor would give his arguments against the petitions on June 24.