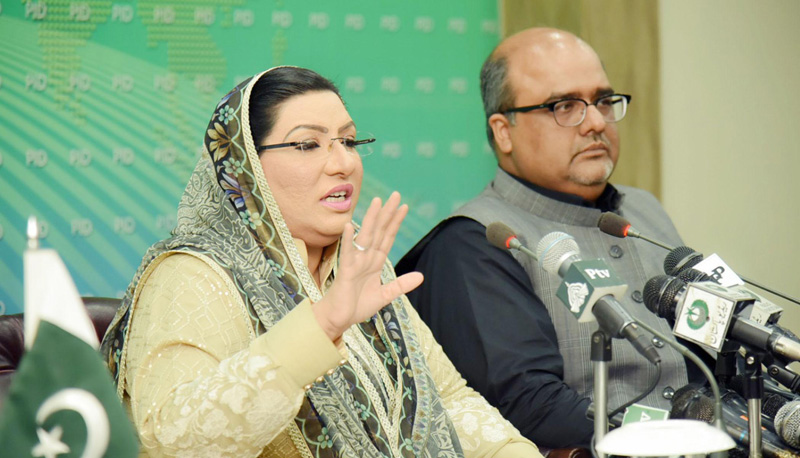 Prime Minister Imran Khan on Tuesday explained to the cabinet members the initiatives that he had personally taken for austerity, keeping in view the current economic challenges faced by the country, and advised them to set an example for others by adopting simple lifestyle.

Firdous said the media did not accurately report the amount allocated for the PM’s House in the next budget.

She said that a section of the media carried the news about increase in PM’s House budget in coming budget which was not correct and a contradiction was issued.

She said that an amount of Rs 290 million earmarked for the National Disaster Management Authority was linked to the PM’s House, which was incorrect and misleading. She said that for the next fiscal year, 13 percent less allocation had been made for the PM’s House expenses, which showed that the PM was leading the austerity drive from the front. She also said that no family member of the prime minister was using the funds of the PM’s House.

She said that former rulers used public money for construction of security wall and road of Raiwind palace and there were several camp offices of the former prime minister. Similarly, the prime minister’s plane was misused by the family of the then prime minister, she said. Not only his children and grandchildren, but his brother Shehbaz Sharif who had a helicopter at his disposal as the Punjab chief minister also plundered Rs 340 million by using the PM’s plane, she said, adding that the former CM also wasted Rs 45 billion on his personal publicity.

She said the PM informed the cabinet that he along with Foreign Minister Shah Mahmood Qureshi would go to New York to attend the United Nations General Assembly session and instead of staying in a luxury hotel, they would stay in the house of Pakistan’s ambassador to save precious foreign exchange.

She said in the past the entire Sharif family used to accompany the former prime minister during his official foreign trips.

Criticising the role of the opposition in the National Assembly, she said the undue criticism by opposition on budget was illogical. She condemned the besieging of the NA speaker at his chamber by the opposition, and added that the prerogative of issuing production orders rested with the National Assembly speaker, who would see the merit of it. The special assistant said no production order was issued for Railways Minister Sheikh Rasheed Ahmad during the tenure of the previous government despite the fact that he had no criminal case against him.