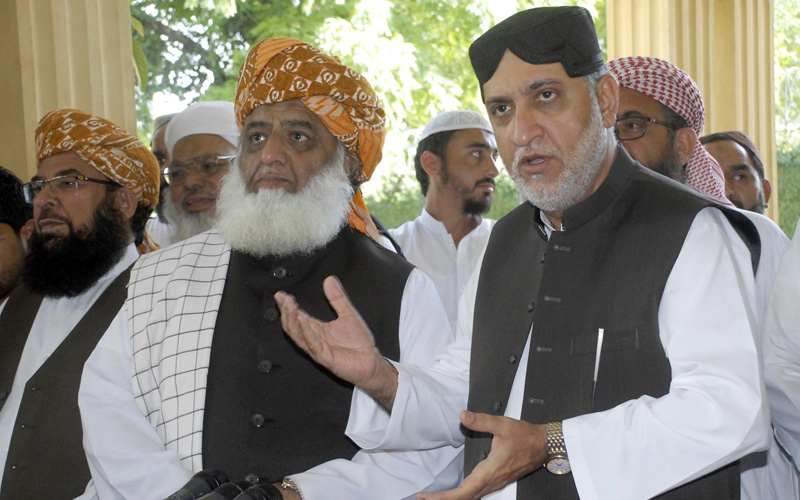 Balochistan National Party-Mengal (BNP-M) President Sardar Akhtar Mengal on Tuesday visited the residence of Jamiat Ulema-e-Islam-Fazl (JUI-F) chief Fazlur Rehman. Talking to the media after their meeting, Rehman said that he hoped that an All Parties Conference (APC) would be held next week and added that Mengal had given a “positive response” when asked to attend it. A final decision by the BNP-M about its participation in the APC is yet to be announced. When asked whether he would oppose or support the budget proposed by the ruling Pakistan Tehreek-e-Insaf, Mengal said, “Many budgets came and went but they didn’t change the situation of the country or that of the people. All political parties [have to] come up with a national agenda that supports democratic rule and also discusses how to provide relief to the class that is burdened by the budget.”