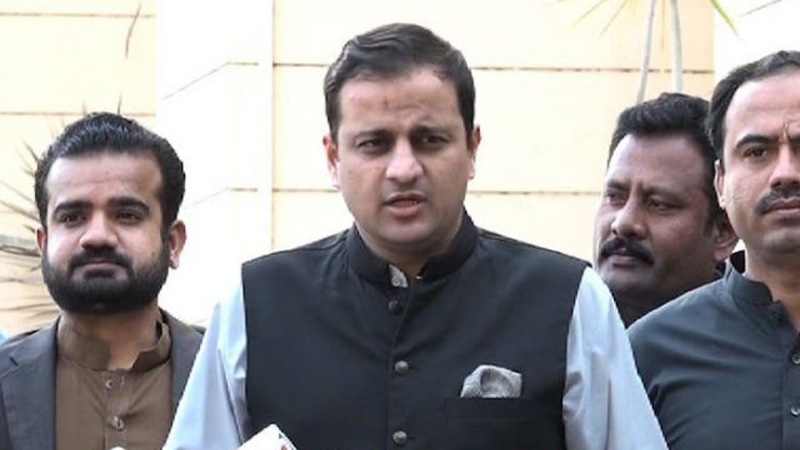 Advisor to chief minister Sindh on information, law and anticorruption Barrister Murtaza Wahab has said that after the success of NICVD model, Pakistan Peoples Party’s Sindh government has given another gift to people of Pakistan in form of Sindh Legal Advisory Call Center (SLACC) that has geared up efforts towards enhancing access to justice for disempowered and marginalized segments of society, particularly women, religious minorities and youth in conflict with law.

This he said while talking to media persons during his visit to SLACC on Tuesday. Secretary Law Shariq Ahmed was also present on this occasion. The provincial advisor said that SLACC started working under public private partnership with Legal Aid Society under the umbrella of Law department on 1st July 2018 and its one year progress remained exemplary.

It was a brain child of two former judges of Supreme Court of Pakistan, Justice Nasir Aslam Zahid & Mr. Justice Arif Khilji, the advisor acknowledged and added that 28620 calls seeking legal assistance were received at the center all through country. 8558 were from Punjab, 522 KPK, 262 Baluchistan, 15 Azad Kashmir and remaining 18620 calls were received from different cities of Sindh. Barrister Murtaza Wahab said that 3126 women from Sindh and 1949 women from Punjab and 7 transgender contacted SLACC for legal Assistance. He said that Karachi, Hyderabad, Larkana , Sukkur and Shaheed Benazirabad remained the top cities from where SLACC received calls.

He said that Legal aid Society had made tremendous efforts for awareness among the people regarding Sindh Legal Aid Call Center and posted advertisement on 500 rickshaws plying on the roads of Karachi and 1000 rickshaws in other cities of province. He said that SLACC boards have also been placed in the different police stations for the purpose of awareness of public.

He said that our society is lacking the research on key social issues but I am glad to learn that legal aid society has published three research papers based on the data received at Legal Advisory Call Center on the topics of ‘ The Justice Gap in Sindh-Evidence from the Legal Aid Call Center’, ‘ The Victim and the Accused- An Analysis of Legal Needs in the Criminal Justice’ and ‘Understanding the Domestic Violence within the Legal Frame Work’ while 2 more research papers will be completed by 30 June 2019 on ‘Study on Murder Trials’ and ‘Conjugal Rights Law’.

The advisor said that research papers will not only help government to formulate effective policies for easy access to justice for vulnerable segments but also facilitate legal fraternity and social scientists.