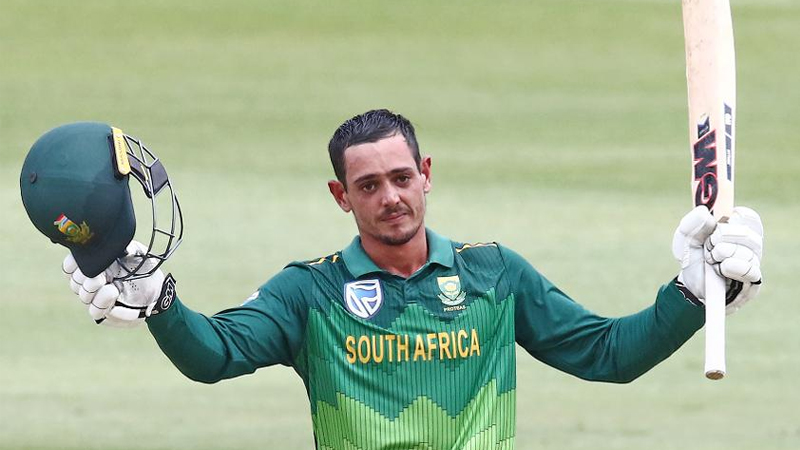 BIRMINGHAM: South Africa’s World Cup meeting with New Zealand on Wednesday will assume the importance of a “quarter-final” as they look to keep alive their slim hopes of reaching the latter stages of the competition, batsman Quinton de Kock said on Tuesday. South Africa lost their opening three games and had their match against the West Indies washed out by rain, denting their chances of a top-four finish. But their victory on Saturday over Afghanistan has given the team a boost ahead of a string of must-win clashes. “Tomorrow is a quarter-final, I guess you could say it. But if we do win it, it’s another big game again… We have to win all the games, not just focus on tomorrow,” De Kock told reporters in Birmingham. “But in saying that, we know how good New Zealand are playing at the moment. They are a big team in World Cups. They always seem to step up, so it’s going to be a tough one anyway.”

New Zealand are in a strong position to qualify for the semi-finals, sitting second in the table behind holders Australia after three wins in four matches. De Kock, who scored a half-century in the low-scoring match against Afghanistan last time out, said the team were in a good place despite defeats by England, Bangladesh and India.

“During the course of the tournament, obviously after losing all the time, there’s always a bit of a slump in being mentally strong. It’s a long, tough tournament and getting a win has given us high hopes,” the wicketkeeper added. “We are pretty confident at the moment. It’s just about taking it out there and giving a good show.” De Kock said the team would not change their approach apart from being mentally stronger heading into the contest.

“We’re a successful ODI team anyway over the years. So we don’t need to change anything. It just becomes a mental game at the World Cup, trying to deal with the pressures,” he added. “The situation we’re in right now, our energy needs to be better than ever. So we’re ready to go out there and give it our best shot tomorrow and for the rest of the other games.”