Syria is a perpetual battlefield

Syria continues to be a perpetual battlefield, in a region strewn with all sorts of minefields. It got caught up in the Arab Spring – a series of apparently popular rebellions in the Middle East. The most important, of course, was Egypt where its dictator, Hosni Mubarak, was toppled. After a few years of experimentation with democracy, another version of military dictatorship took over with a coup dressed up as democracy. Only Tunisia, which set the example for the Arab Spring in 2010, is still experimenting with democracy. It faces all sorts of problems.

In Syria, the regime of Bashar al-Assad went all out to suppress and crush the rebellion that erupted in 2011. It was no easy task. It has managed to push back a wide array of rebellious groups allied to or supported by external forces. There was the Al Qaeda, the so-called Free Syria and some freelance elements, sometimes acting in concert but most of the time pushing various agenda. 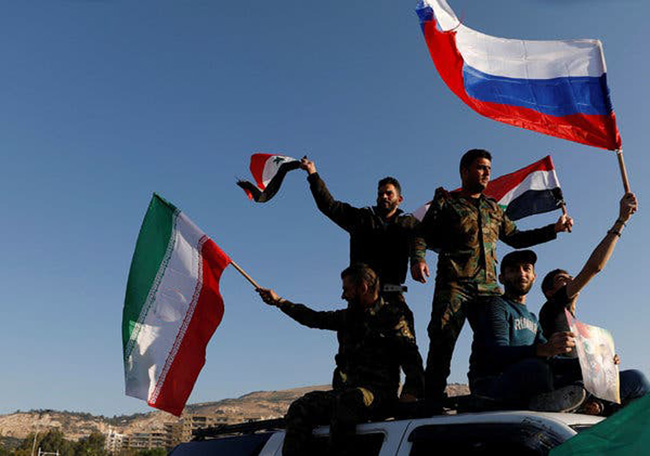 The United States, Saudi Arabia, its Gulf allies and Turkey supported them in their pursuit of toppling the Bashar regime. The regime’s resources were too thinly stretched to be reassuring and it might not have lasted long but for Russia’s help.

Russian air support was particularly helpful and brought much of the country under the regime. The Idlib region is still holding out, but the government is using all the firepower from air and land, including allegedly chemical agents, to snuff out the rebels.

As pointed out earlier, Russian participation on the side of Bashar al-Assad, has saved the government and the state entity, although it can still not exercise control over its entire area. The regime was also helped by Iran, and the Hezbollah movement in Lebanon that is allied with Iran, as part of the region’s sectarian divide between Sunnis and Shias.

The Syrian regime is a softer version of the Shia faith. The Bashar regime might not have tied itself so inextricably with Russia, Iran and Hezbollah but, faced with a life and death situation politically, they had no choice.

Half of Syria’s population is seeking refuge in another country or has been internally displaced. The bloody conflict goes on. Even if the Bashar regime is able to crush the rebels of varying ideologies and goals, the country will continue to be plagued with challenges. All the more so because external forces will continue to ignite conflict. The Turks, the Saudis and the US are likely to continue to work towards displacing the Bashar al-Assad regime. Russia, Iran and Hezbollah will continue to support the regime.

As if this weren’t bad enough, Turkey is determined to go after the Syrian Kurds who have carved out an autonomous region along the Turkish border. Turkey’s President Recep Tayyip Erdogan is determined not to let them perpetuate this state of affairs because he regards Kurds as Turkey’s mortal enemies. An autonomous state on its border, by that account, would become a magnet for Kurdish separatism for Turkey’s sizeable Kurdish minority. For Erdogan, people in the Kurdish PKK movement, which wants an independent/separate state, are simply terrorists.

Al-Assad dynasty never got along well with most of its Arab neighbours, partly because of the Sunni-Shia divide

The Kurds in Syria have been in the forefront of the war against the so-called Islamic State, helped by the US air force. What stands in the way of a large-scale Turkish onslaught against the Kurds in Syria is the US military presence, sharply reduced though now that the IS has been largely defeated.

That led President Donald Trump to declare that the US military presence would be withdrawn. President Erdogen assured Trump that Turkey would ensure that the IS does not return again, which was fine with Trump until he was made aware that a complete US military withdrawal would be at the cost of the Kurds, who had so valiantly fought on the ground to defeat the IS, if they were left to fend for themselves against Turkey. That accounts for the continued presence of a US force.

This is one aspect of the complicated Syrian story. Another is that al-Assad dynasty never got along well with most of its Arab neighbours, partly because of the region’s Sunni-Shia divide. Now that it is dependent on Iranian and Hezbollah support, it makes the Bashar al-Assad regime a complete pariah. With Russia so deeply involved militarily, it is now a global issue. One can imagine that the Syrian tragedy is unlikely to be resolved any time soon.