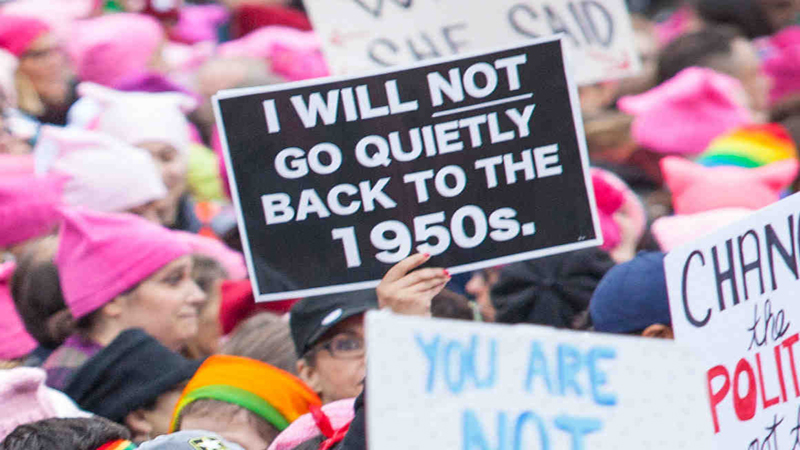 “Look, all this women equality talk and nonsense. That does not come from our culture. Our women have been mothering children and looking after the kitchen and cattle for centuries. Women’s freedom is a corruption introduced by Western propaganda against our noble cultural values of honour, modesty and shame. That’s why I tell my sons, who are studying at university to stay away from educated women. They can leave you and walk away. What honour will such a man have? On the contrary, our ignorant simple women, even if you beat them and mistreat them for years, they’ll cook you a meal, rear your children and never leave you. When there’s war between Pakistan and India, who will go and fight on the front? Not women but us men.”

INTELLECTUAL MEN — “What’s wrong with feminists? Men are considered superior and powerful than women, given millions of years of genetic evolution. You can’t thwart that with a hundred years of foolish conspiracy. Besides, look at the great thinkers of the past few centuries. Schopenhauer, Nietzsche and Freud; all of them hated women and considered them inferior. Scientific statistics has shown that men concern themselves with things, while women with people. So the best places for women are schools, hospitals and nurseries. They can’t lead society politically or economically. Only a man can lead the herd. I wish people didn’t waste their time over these petty issues of women’s jobs and ‘who will cook?’ But focus on the hungry children in Norway and horrible massacres which goes among animals in jungle.”

GHAIRAT-MAND MEN — “All these women who come on the roads, their father and brothers are weasels and puppies. If these were my sisters, I’d have shown them how they ask for rights on the road with their faces exposed to sunlight. Woman is a treacherous plant, and if you do not suppress it well and keep cutting it, it can grow into a weed and bring such a dishonour to family. My grandfather used to say that the sexuality of women can’t be trusted. That’s why we have honour killing for removing the over sexed women.”

RELIGIOUS MEN — “Who brought us down from heaven? A woman. God made the first woman out of Adam’s rib. How can a woman be better than a man who is created out of our father’s body part? There is something inherently wrong with women in the sense that they lack something, which is why God made them women. Even hell has more women than men. As I told you that women are made of a rib, it is necessary that if you’ve to straighten a rib, you’ve to break it. The same goes for women. West is abusing woman in the name of their freedom. Honour is everything for our women and their honour is due to which we do this all hard, manly work every day.”

SAKHT-LAUNDA FROM THE GYM — “Now women want to fight men. We would be happy to fight them shoulder to shoulder. Men who stand with women are repulsive and a stain on masculinity. They betray their own sex and stand with our enemy. Isn’t it enough that we let women stay at our homes and protect them from the outside world? Now these women want to dress up as they want. Its nature’s way that if you open up a fruit, flies gather fast and it gets rotten very soon.”

CONSERVATIVE WOMEN — “Why would we come out of homes, where women are safe? Men are fathers, brothers and husbands and it’s up to us to provide them with ease and help at home. These women who want to go out of safe homes don’t trust men’s choices for us. We are free to stay at home. We don’t need any more freedom. I would remain the queen of the house rather than be the bitch of the street. It’s simple.”

SOFT-HEARTED MEN — “Look, I’m a supporter of women rights but what is this talk of cook your own food and find your own socks? This is not Feminism. They say women are not machines to make children, what this even mean? Aren’t they going against nature? “My body, my choice”, women were never saying such things. They say they will sit the way they want, they will dress as they wish? There are more harassment and rapes due to their dressing and their coming out of houses. We support women going to schools and marrying doctors and engineers when they are of age but we are not honour-less to ‘allow’ women to roam on roads and ridicule and disrespect men in open with posters and slogans.”

The writer is currently studying global relations. He can be reached at zindgi890@gmail.com