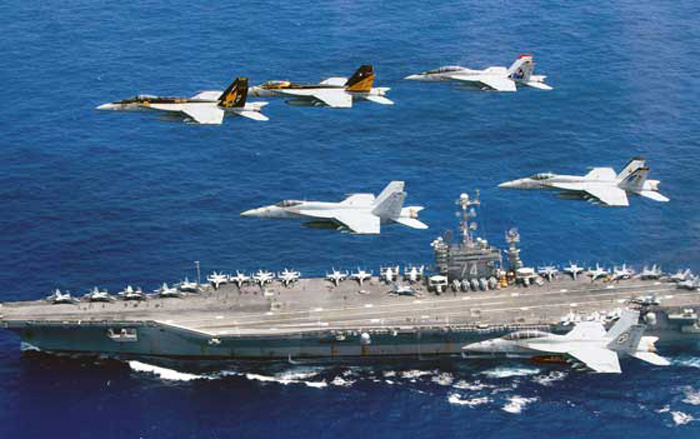 As European leaders prepare to formalise Monday the launch of a next-generation combat jet, analysts warn the continent’s air forces are increasingly outpaced by American and soon Chinese aerospace industries that are swimming in cash.

President Emmanuel Macron will attend the opening of the Paris Air Show where the defence ministers of France, Germany and Spain will sign the cooperation framework for the Future Combat Air System (FCAS).

The new jet is part of a broader push to unify Europe’s military might and reduce its reliance on US equipment, and the project will also include drones and cruise missiles.

It will be spearheaded by Airbus and France’s Dassault Aviation, which aim to have the plane in the skies by 2040, and other nations might sign on as well.

Yet the jet already has a rival on home turf — Britain’s Tempest stealth fighter project, which Italy and the Netherlands have also joined.

And European defence spending still lags far behind the billions being spent in the US as well as China, which has made no secret of wanting to bulk up its military muscle.

“There’s an increasingly glaring imbalance between the way Europe is constructing its aeronautic, space and defence industry, and that way it’s happening in the two blocs that are challenging it, the United States and China,” said Philippe Plouvier at the Boston Consulting Group in Paris.

US President Donald Trump has further bolstered defence spending that should reach “an extremely high level this year, $700 billion compared with $200 billion in 2002,” Plouvier said.

It has been a boon to industry leaders like Lockheed Martin, Northrop Grumman and General Dynamics, not to mention the future Raytheon-UTC.

China has also been investing heavily, becoming the second-biggest defence spender last year with some $250 billion.

While European firms have also been consolidating, such as the purchase of Zodiac Aerospace by equipment maker Safran, in large part it’s a response to dwindling commercial aircraft projects.

Airbus, for example, has reined in its research and development ambitions in favour of incremental upgrades to its workhorse A320 passenger jets.

“The prospect of fewer big projects is pushing firms to seek out new opportunities… to resist pricing pressures” and encouraging mergers and acquisitions, said Nicolas Beaugrand, an aviation expert at Alix Partners.

But forging a heavyweight European competitor to US defence giants has proven elusive.

Airbus and BAE Systems tried a merger back in 2012 that would have created a massive firm with equally balanced commercial and defence operations, but opposition from Germany scuppered the deal.

Then there is the threat of emerging Chinese competition.

Even if China’s homegrown aerospace firms are a decade or more away from becoming a threat in the defence sectors, the long development cycles for new technologies means European companies can’t afford to wait.