Budget for next fiscal year not dictated by IMF: govt 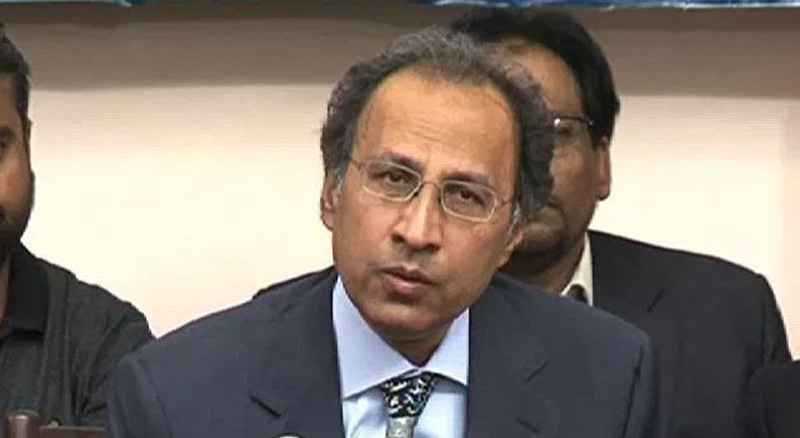 Adviser to Prime Minister on Finance Dr Abdul Hafeez Sheikh on Saturday vehemently rejected the notion that the federal budget for the upcoming fiscal year was dictated by the International Monetary Fund (IMF).

“It is rubbish to say that it was an IMF-dictated budget,” the adviser said while addressing a seminar titled ‘Post-Budget Conference 2019: Pakistan Back on Track’, organised by the Institute of Charted Accountants of Pakistan (ICAP). He said the government wants to overcome the fiscal and current account deficit for stabilising the economy. “Fiscal and current account deficits are huge challenges for the government, and need to be resolved for perusing the policies for economic stability and putting the economy on growth trajectory,” he said.

“We got Rs 2.3 trillion fiscal deficits and zero growth on exports from previous government, while Rs 31,000 billion loans borrowed from different sides,” the adviser said, adding that the government inherited $20 billion current account deficit and that an amount of Rs 2,000 billion will be required for debt servicing on foreign loans. “In this critical situation, we want to go for economic stability and further more towards quality and inclusive growth for sustainable development,” he said.

Hafeez said for achieving the goal of economic stability, the government has taken few measure, including arrangements of $ 9.2 billion from friendly countries, $3.2 billion oil on differed payment from Saudi Arabia, and $1.1 billion from Islamic Development Bank. “All these efforts resulted in bringing down the CAD to $7 billion in past few months. We had no other option but to go for International Monetary Fund (IMF) to manage the budget deficit,” he said.

Hafeez said for economic stabilisation, the country needs fiscal discipline and revenue mobilization besides tough decisions to fulfill the economic agenda. “Now the revenue collection and austerity measures are priority of the government, since we need Rs 29,000 billion to pay interest on loans,” he added.

Hafeez said increasing growth is top priority of the government. “We gave subsidy to energy sector … it is duty of all to pay taxes to contribute to the national economy,” he said, adding that through austerity measures, the government has saved an amount of Rs 500 billion from civilian side. He said budget for the armed forces has also been frozen at the previous year’s level.