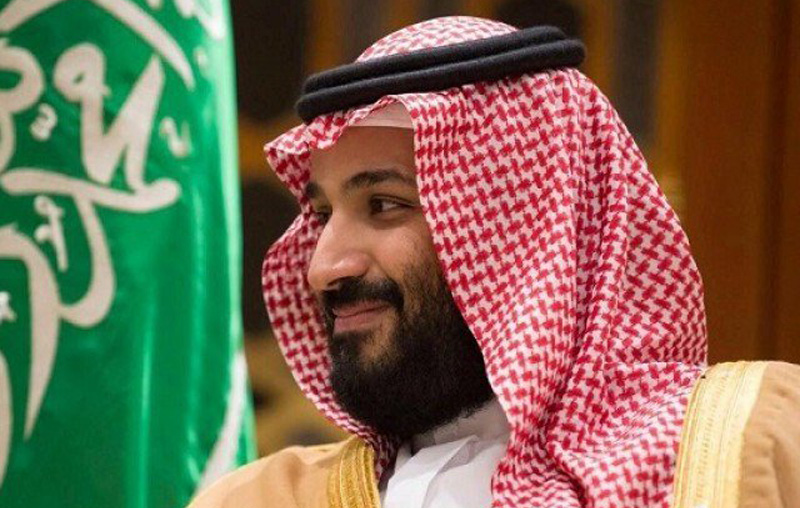 Saudi Arabia’s crown prince blamed Iran for attacks on two oil tankers in the Gulf of Oman and called on the international community to take a “decisive stand” but said in an interview published on Sunday that the kingdom does not want a war in the region.

Attacks on two oil tankers on Thursday, which the United States also blamed on Iran, have raised fears of broader confrontation in the region.

Iran has denied any role in the strikes south of the Strait of Hormuz, a vital shipping route and major transit route for oil.

The explosions that damaged the Norwegian-owned Front Altair and the Japanese-owned Kokuka Courageous occurred while Japanese Prime Minister Shinzo Abe was in Tehran trying to help ease rising tensions between the United States and Iran. “The Iranian regime did not respect the Japanese prime minister’s visit to Tehran and while he was there replied to his efforts by attacking two tankers, one of which was Japanese,” Crown Prince Mohammed bin Salman was quoted as saying in an interview with the Saudi-owned Asharq al-Awsat newspaper.

“The kingdom does not want a war in the region but it will not hesitate to deal with any threats to its people, its sovereignty, or its vital interests,” he said.

The Saudi crown prince also accused “Iran and its proxies” over May 12 attacks on four tankers anchored in the Gulf of Oman off the United Arab Emirates port of Fujairah.

Tehran and Washington have both said they have no interest in a war. But this has done little to assuage concerns that the arch foes could stumble into conflict.

According to the Energy Information Administration (EIA), 35 percent of the world’s seaborne oil passes through the Strait of Hormuz.

Iran, which is struggling with crippling US sanctions, has repeatedly warned in the past that it could block the strait in a relatively low-tech, high-impact countermeasure to any attack by the United States.

Doing so would disrupt oil tankers travelling out of the Gulf region to the Indian Ocean and global export routes.

Iran’s foreign ministry responded on Saturday by summoning British Ambassador Rob Macaire over Hunt’s “false remarks” and chided London for its “blind and precipitous alignment” with US views, a statement said. Iranian Foreign Minister Mohammad Javad Zarif said this week that there is no “shred of factual or circumstantial evidence” to blame Tehran for the attacks. UN Secretary-General Antonio Guterres has called for an independent investigation.

A damaged Japanese tanker arrived at a UAE anchorage site on Sunday. The Kokuka Courageous was carrying highly flammable methanol through the Gulf of Oman on Thursday when it came under attack along with the Norwegian-operated Front Altair – the second assault in a month in the strategic shipping lane.

“Kokuka Courageous has arrived safely at the designated anchorage at Sharjah,” the vessel’s Singapore-based BSM Ship Management said in a statement Sunday.

The crew, who remained on board, were “safe and well”, it said.

A damage assessment and preparations for transferring the ship’s cargo would start “once the port authorities have completed their standard security checks and formalities”, it added.

BSM Ship Management had said earlier Kokuka Courageous was heading towards the Kalba anchorage on the eastern coast of the United Arab Emirates, facing the Gulf of Oman.

It was “heading toward the Fujairah-Khor Fakkan area in the United Arab Emirates”, the ports chief of Iran’s southern province of Hormozgan told the semi-official news agency ISNA.