We have allocated 35% of the Rs350 billion Annual Development Programme budget to backward districts of southern Punjab: Jawan Bakht 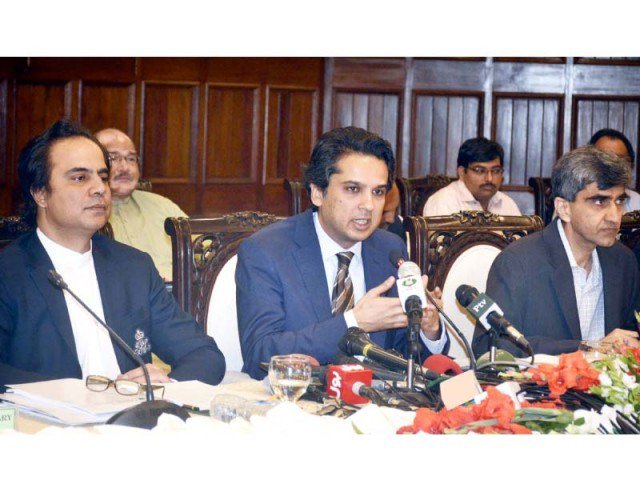 LAHORE: Punjab Finance Minister Hashim Jawan Bakht has termed the next financial provincial budget as an example of a shift in provincial development policies and priorities. Speaking at the post-budget press conference on Saturday, Hashim said the first full-year budget by the Pakistan Tehreek-e-Insaf (PTI) government aims to develop a healthy and educated human resource through soft interventions and heavy investments in social sectors.

The minister said that budget proposals would help narrow the development gap between the different regions of the province. “We have allocated 35% of the Rs350 billion Annual Development Programme budget to backward districts of southern Punjab. The funds allocated for development schemes in south Punjab will be protected and their re-appropriation for a project in other parts of the province will not be allowed,” he added.

Replying to a question about the low allocation for development projects, he said the government has the option of borrowing more money to spend on large projects to draw political capital at the time of the next election, but that would have been unsustainable. “We have taken a difficult path and swallowed the bitter pill by producing an austerity budget and implementing the much-needed financial and policy reforms for long-term sustainable economic growth. At the end of our term, this province would be in a much better shape,” he claimed.

Talking about agriculture tax, the minister said that the government has actually provided relief to the farming community. “We have increased the annual agriculture income limit to Rs400,000, currently it is at Rs80,000. Now, the government will charge only Rs1,000 as tax on all agriculture income exceeding Rs400,000. However, if agric income for any land increases, then tax will be applicable according to new slabs,” he said. The minister further stated that the government has not slapped any new tax on services provided by barbers or cobblers, but rather reduced the ratio on beauty salons to 5%, which previously was at 16%.

He said the provincial social protection programme hoped to eliminate the divide that exists between the rich and the poor. “Our objective is to reduce inequality, invest in people and lift lagging districts under the Punjab Ehsaas Programme.”Explaining the salient features of the social protection programme, Punjab Social Protection Authority Director General Ali Asjad said World Bank has agreed to provide the province a soft 40-year loan of $200 million to reduce incidence of stunted growth among children in the province. Additionally, he said the British government would provide a grant of 36 million pounds for the financial empowerment of rural women.

He also shared details of the social protection initiatives announced in the budget for acid burn survivors, differently-abled people, the elderly, transgender persons, widows and orphans. “The objective of the provincial social programme is to help them earn some cash for their needs in return for doing community service.”