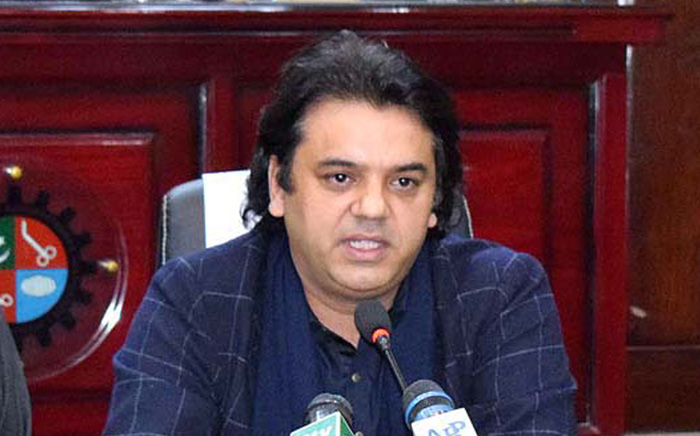 Special Assistant to the PM on Youth Affairs Usman Dar on Saturday accused Pakistan Muslim League-Nawaz (PML-N) leader Khawaja Asif of laundering billions of rupees during the previous government’s tenure. Addressing a press conference, Dar said that billions of rupees had been embezzled and laundered under the guise of uplift schemes. “I have solid proof against Khawaja Asif,” Dar said, vowing to expose his alleged involvement in corruption and money laundering. He said he would present whatever evidence he had gathered thus so far to the high-powered commission announced by Prime Minister Imran Khan. “Khawaja Asif was given Rs 18 to Rs 20 billion for uplift schemes in Sialkot. Not a single road of the city is in a good condition. No new hospital or university was set up in the city as well,” Usman Dar said. “Where did the former foreign minister spend funds acquired under the head of payment of circular debt?” he questioned. He said that the previous governments had borrowed Rs 24,000 billion over the past 10 years, but did not spend it on the country’sdevelopment. Dar had lost to Asif from the Sialkot constituency during the 2018 elections.