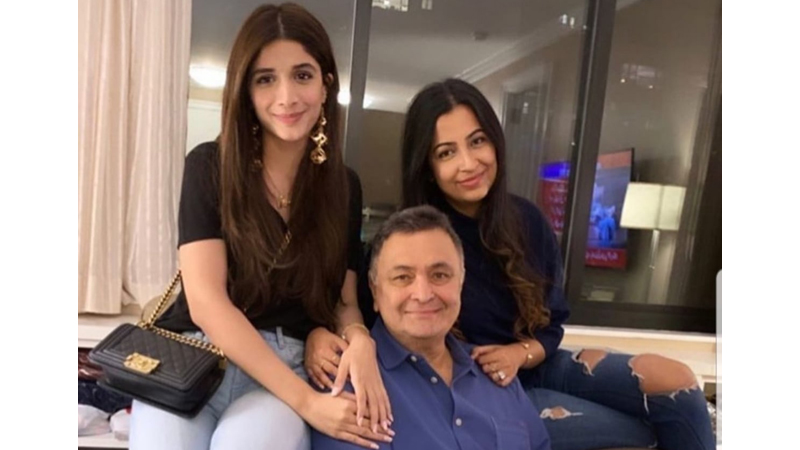 Actress Mawra Hocane who is currently vacationing in New York paid a visit to actor and director Rishi Kapoor.

Rishi Kapoor has been living in New York since months now where he is undergoing medical treatment.

He hopes to act in film after recovery. Speaking about his father’s love for films, actor and producer Ranbir Kapoor said at an award function, “He speaks to me about his insecurity, that when he gets back, will he get to work in the movies, will people offer him films, will he be able to act in movies and that kind of inspiration and passion and madness is what brings all this to perspective.”

The ‘Jawani Phir Nahi Ani 2’ actor has always been quite vocal about her love for the Indian actor Ranbir Kapoor.

Mawra Hocane shares a lovely bond with the Kapoor family and was seen attending Neetu Kapoor’s birthday in the past. Neetu Kapoor has earlier said that she loves Hocane and has seen her shows. The starlet made her Bollywood debut with 2016 romantic drama film ‘Sanam Teri Kasam’ opposite Harshvardhan Rane.