Sir: A rally was held in Hannover city of Germany to denounce Pakistan’s nuclear test on May 28, 1998 (Yom-e-takbeer). The protesters, inter alia, claimed that the tests have changed Balochistan’s ecology (drought, still born babies, etc). They wanted Pakistani nukes to be removed from Khuzdar and Sonmiani. The rally had tell-tale signs that it was sponsored by India, US, and some other hostile countries.

Miffed at UN report on human-rights violation in occupied Kashmir, India has intensified its propaganda about so called human-rights violations in tribal areas and Balochistan. ‘Free Balochistan’ has set up an office in India. Anti-Pak lobby sponsored offensive posters on Taxi cabs and buses in Britain, besides Switzerland. The United Kingdom proscribed the Baloch Liberation Army 11 years back. But, European Union is still to follow suite.

Wow! A few US congressmen moved a resolution concerning Balochistan in 2012. To shore up its image as a peaceful neighbour, India should close ‘Free Balochistan’ office on her soil, and stop resuscitating propaganda skeletons out of prere-Bangladesh closet. 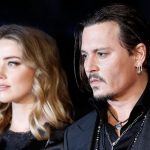 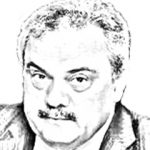