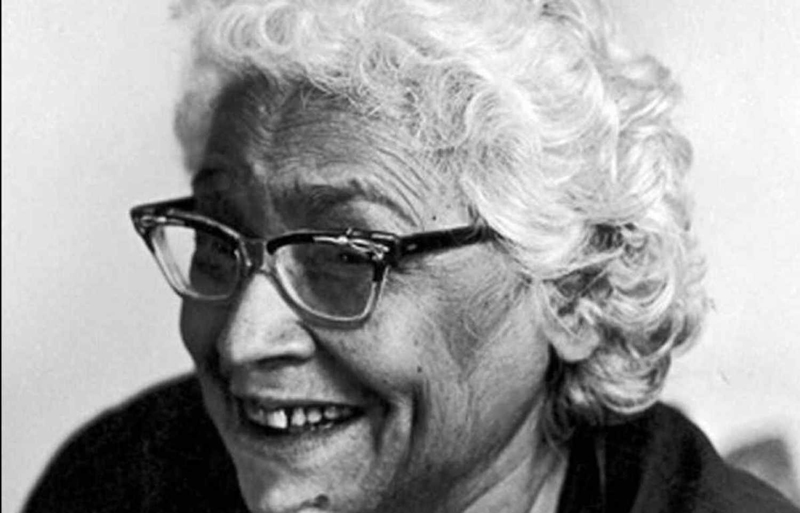 Ismat Chughtai is one of the best short story writers and one among the first few feminist writers of Urdu literature.

Ismat Chughtai is considered the trend setter in Urdu short story and touched new topics which were considered taboo when Urdu short story was in its infancy and its scope of topics was very much limited. Ismat wrote on diverse topics and issues. Ismat wrote on lower and lower middle class and on the issues of women which were considered a taboo during her time for a women writer but she didn’t budge before anybody and chose a different path for her very different from the other women of her times. Woman, especially the middle class Muslim woman is one important topic of her short stories. Ismat brought out the issues of women in her short stories very artistically and with rare depth and eloquence.

Chughtai saw and knew about the issues and problems of women of her era and took keen interest in highlighting these through her short stories. She laments about the wretchedness and plight of women and of being her without education. She wants to see women free from any male bondage and suppression. Through her short stories Ismat wants to awake the reader about the plight of women. The women we see in the stories of Ismat Chughtai’s short stories don’t want to be machines, but to be human and they want to proclaim this humanity and strive for their rights by breaking age old myths and obstacles surrounding them. She wants to break the male orthodoxy in society and subjugation of women. The women characters of Ismat Chughtai are different as compared to female characters depicted in earlier Urdu short stories.

Chauthi Ka Joda (The Wedding Suit) is about a poor widow Bi Amma who has two daughters, Kubra and Hameeda. The story focuses on Bi Amma’s obsession to get Kubra married as soon as possible, but every time she nears her goal of marrying off Kubra, something terrible happens and Kubra’s marriage remains on hold

Chauthi Ka Joda (The Wedding Suit) is about a poor widow Bi Amma who has two daughters, Kubra and Hameeda. The story focuses on Bi Amma’s obsession to get Kubra married as soon as possible, but every time she nears her goal of marrying off Kubra, something terrible happens and Kubra’s marriage remains on hold. And then one day Kubra’s and Hameeda’s cousin Rahat arrives at their home for a stay for one month training. Hameeda, sister of Kubra tells Bi Amma to use this opportunity to impress Rahat to marry Kubra.

They leave no stone unturned in making Rahat’s stay comfortable at their home and leave everything at his disposal. But Rahat develops interest in Hameeda and they make an illegitimate relationship and after a month Rahat leaves without marrying any one of them and this leaves Bi Amma devastated. Bi Amma laments on the fate of Kubra, “Khuda ne soorat nahin di, isi liye rahat uski taraf dekhta tak nahin’ (‘Rahat doesn’t even look at her because God hasn’t given her fair features’)

This shows how society especially the middle class is worried about the skin of girl and how it is one of the obstacle in getting a girl married and eventually destroys her life. On leaving Rahat, Kubra dies the next morning of TB and thus comes an unexpected end to a miserable and wretched life of a poor girl. And Chauti Ka Jauda becomes Kubra’s shroud. The story brings before us the misery of woman who is not enough “beautiful” to get married and it also shows, financial burden is another reason for the misery of a woman. Rahat’s character shows how men in a privileged position easily get away with the crime.

In Jadein (Roots), Ismat tells a story about an old woman who is unable to understand the intricacies of Partition. She doesn’t want to leave her house for newly formed Pakistan. She loves her roots and doesn’t want to get cut-off from her roots. She is not ready to leave her land, country and her neighbours and likens this to death.

“Time passed on, but Amma stayed steadfast in her position like a banyan tree that stands upright through storms and blizzards.”

“You all go. As for me, where shall I go at this age.” Amma tell Sardar Ali, the leader of the National Guards. Finally Amma’s sons, daughters, son-in-laws, daughter-in-laws and other relatives start to leave the house for newly formed Pakistan, Amma’s heart flutters and tears come in her eyes and the thought comes to her mind, “Who knows in whether the new soil will be conducive to these saplings or make them wilt. These poor saplings.” Amma couldn’t sleep whole night, thinking whether his sons and daughter and others relatives will be able to survive or get killed in the way. And after sometime her Hindu neighbour Roop Chandji brings back her children from Loni railway station and Amma heaves a sigh of relief. Thus a happy family is saved from this devastating partition which destroyed millions of lives dividing thousands of families. The story also depicts love between Hindus and Muslims who were not ready for this partition and division.

Lihaf (Quilt) is a story about a woman namely Begum Jaan, who doesn’t get the attention and sexual satisfaction from her husband Nawab and this neglect ruins her life. The husband of Begum Jaan, Nawab takes much interest in young and fair boys. Begum Jaan feels dejected and frustrated with this neglect of Nawab and then “it was Rabbu who save her from fall.” And we see how life of Begum Jaan and eventually a family is ruined and destroyed as Begum Jaan falls to lesbianism.

Kaisi Biwi Kaisa Shohar is a story of woman named Aamina whose husband initially loves her very much but after sometime loses interest in her and Aamina becomes,

“The severely beaten living woman in the world.”

Aamina faces harsh treatment from her mother-in-law and initially ignores everything but it is only after sometime when she sees no improvement in the behaviour of his husband and mother-in-law, she protest and revolts against the oppression.

Aamina starts giving tuition to children and helps her husband and thus shows the way to other woman, who are suppressed from centuries. Through Aamina’s character Ismat wants to depict a woman who is independent and free from oppression and exploitation. Ismat Chughtai’s in her short stories has depicted the oppression and misery of middle class Muslim women with artistic depth. She knows the language of these women and her characters speak this language with finesse and ease and with much boldness and here lies the distinctness and greatness of Ismat Chughtai.