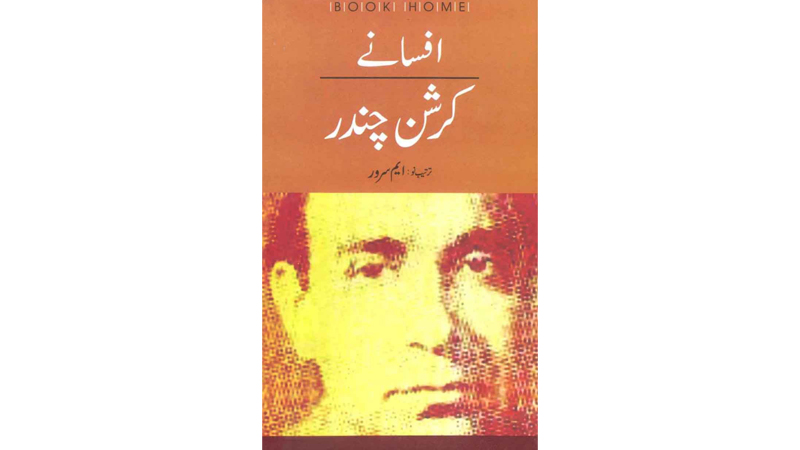 Writer Krishan Chander is considered one of the great short story writers, Urdu literature has produced. He was a firm believer in the uplift of the oppressed and downtrodden.

Krishan Chander dreamt and strived for a society, in which every human being is respected irrespective of his religion, caste and sect and which is free of exploitation and oppression. He has touched the issues of workers, peasants, writers and dalits in his short stories. Class conflict is a major topic of his short stories. Chander was an ardent believer in socialism and opposer of capitalism.

At a time when the Dalits of India are at the receiving end, lynched, beaten and killed for no fault of their own and manual scavenging, a dehumanising and inhuman occupation is much debated these days, the short story of Chander Kaalu Bhangi (Kalu – The Addict) holds much importance than before. It is a story of a sweeper whose life is a blank slate with little colours in it. Kalu Bhangi is a character whose life is without melodies and he has not seen the comforts of life. He has taken care of everybody in hospital, but nobody is interested in listening to his pains and apathy. Chander in this short story tells a sad tale of Kaalu Bhangi in a unique style.

Kaalu Bhangi, the main character of the story, continuously urges the writer to write a short story about his life and to which the writer replies that there is nothing worthwhile to describe about him and during this conversation, we come to know about the different shades of Kaalu Bhangi’s life which are marred by exploitation. Lyrically told, the story is about a man belonging to chamaar community, “I have often wanted to write about Kalu Bhangi, but what can one write about him? I have looked at his life from all sorts of angles and tried to asses and understand it , but I could never find anything out of ordinary on which I could base a story or even a plain, uninteresting, photographic sketch of him. And yet, I don’t know why, every time I start to write a story I see Kalu Bhangi standing there in my imagination. He smiles at me and asks, Chhote Sahib, wont you write a story about me?”

Kaalu Bhangi’s shadow follows the writer and reminds the writer to write a short story about him. But the writer is unable to find something “worthwhile” to write about Kalu Bhangi. The exploitation through caste system has dehumanized the Kalu Bhangi to such an extent that the writer finds it too difficult to even write some lines about him. Actually it is a satirical tale on caste system, in which a writer actually wants to tell the readers that how a person has been dehumanized and exploited because of his caste, his life has been rendered colourless and it is very difficult to write anything “good” about this person/character.

Kaalu Bhangi, the main character of the story, continuously urges the writer to write a short story about his life and to which the writer replies that there is nothing worthwhile to describe about him and during this conversation, we come to know about the different shades of Kaalu Bhangi’s life which are marred by exploitation

“It’s not that I don’t want to write about him. For ages, I have really wanted to write about him, but, try as I might. And so Kalu Bhangi is standing there in the corner of my mind, holding his old broom, with his big bare knees, his rough cracked, ungainly feet, his varicose veins standing out on his dried up legs, his hip bones sticking out, his hungry belly, his dry, ceased, black skin, the dusty hair, on his sunken, chest, his wizened lips, wide nostrils, wrinkled cheeks and bald head shining above the dark hollows of his eyes.”

Kalu Bhangi offers services to all. Cleans the filth and sweeps the floor and streets. But there is no improvement in his life. It remains the same, marred by exploitation and suppression. He hasn’t enjoyed romantic love nor does he has set his foot outside his village. He is unable to bring some improvement in his life with his meagre salary. The caste system and exploitation has totally ruined his life. He is even unable to marry because in his area, there is not a single family of his caste where he could find a match for himself and there is no question of a so called “upper caste” family could marry a girl with Kalu Bhangi. He works and cleans the filth, gets exhausted and sleeps at the night in the same condition, and this is his daily routine life. And this is the story of every manual scavenger of today’s India, who belong to the Dalit caste. The life of manual scavenger is the same as that of Kalu Bhangi. This also brings in focus how caste system dehumanises a person, that he is unable to find someone’s love even unable to marry.

“Kalu Bhangi, have not you got married?

I am the only sweeper in this district, Chote Sahib. There is no other for miles around. So how could I get married?”

Kalu Bhangi remains the same from birth to death. There is no improvement in his life. He doesn’t go to school nor does he hold any degree. He was unable to see the springs of life because of his caste. He served all during his life but during his end, there is nobody to offer him the medicine. There is nobody to offer shoulder to his coffin, because he belongs to the dalit caste. His corpse is kept in a separate room away from others, because of his bhangi caste.

“I was only seven years old when I first saw Kalu Bhangi. Twenty years later when he died he looked exactly the same. Not the slightest change. The same knees, same feet, same complexion, same face, same bald head, same broken teeth, same broom. His broom always looked as though he had been born with it in his hand, as though it were part of him.”

The short story “Kalu Bhangi” is as meaningful today as when it was written. Exploitation on the basis of caste is still rampant in India. The dehumanising occupation of manual scavenging still exists in 21st Century digital India. There have been more than 80 deaths of manual scavengers reported in India from 2008. Laws have been passed, but they are yet to be fully implemented. We have the characters like “Kalu Bhangi” in every nook and corner of this digital India.

There are also characters like Kaalu Bhangi in Muslims of South Asia too, called Mochis. They do the same work like Bhangis are entitled in the Hindu society. Then discrimination on the basis of caste is same in Muslims too like in Hindus. In Muslim society, Fishermen, Mochis, Gujjars, and other lower categories go through the same ordeal as of Kaalu Bhangi. They need to freed and liberated from this dehumanising occupation and caste system. This dehumanising, inhuman and dangerous occupation has no place in a civilised world. Unless this dehumanizing practice of caste system and of manual scavenging is wiped out fully, India will continue producing the likes of Kalu Bhangis.