Tamannaah to wear costliest of costumes in upcoming film 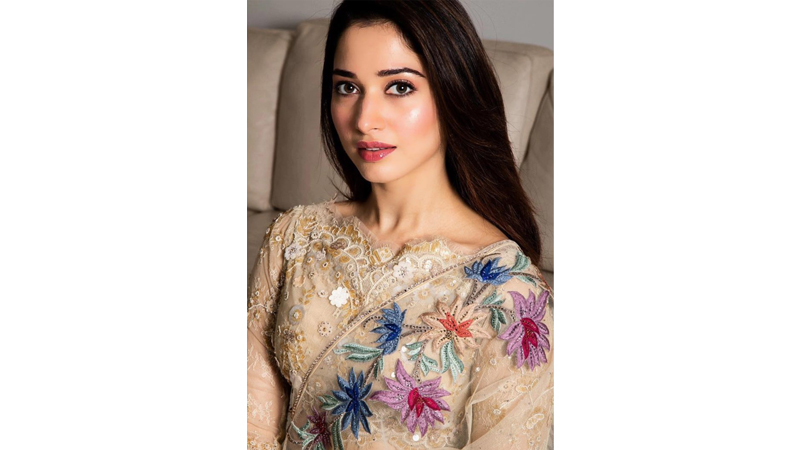 Actress Tamannaah Bhatia is pretty much excited about her upcoming film ‘Sye Raa Narasimha Reddy’, a Chiranjeevi starrer in which she is playing a key role.

It is said that the costumes the actress is wearing in this film are the most expensive ones in her career after ‘Baahubali’.

It seems she has said, “I am wearing extensive lehngas and extensive Indian couture for this film. While a few have been designed by Anju Modi, some are designed by Sushmitha, the elder daughter of Chiranjeevi. They are very costly.”

Sources have informed that Tamannaah plays a very crucial role in the plot as well as to the character of Narasimha Reddy. “Tamannaah was excited when the script was narrated to her and also that is it is a big film. Her role will be very intense as a patriot who goes very far for the sake of the country and its freedom,” said the source.

Directed by Surender Reddy, the film is produced by Ram Charan Tej and presented by Surekha Konidela under Konidela Production Company banners. The film has an ensemble cast and is expected to release on October 2. An official confirmation is awaited.

Tamannaah’s recent film Devi 2 had been a disaster at the box office and she is now prepping up herself for ‘Khamoshi’ in Bollywood.