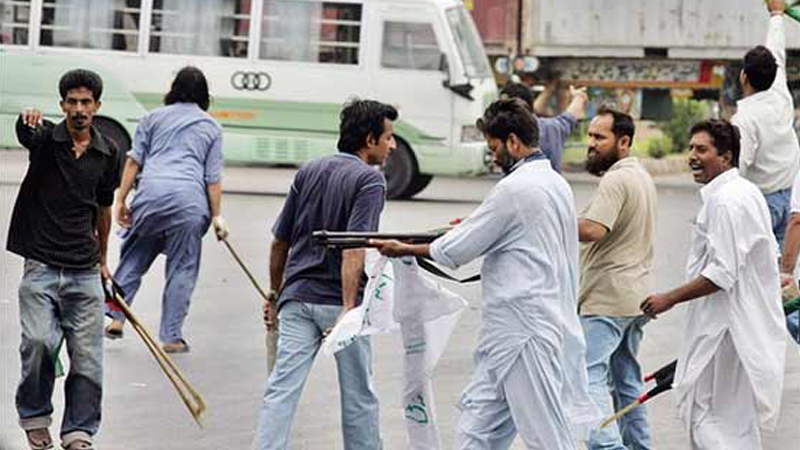 An anti-terrorism court (ATC) on Wednesday resumed hearing of more than 10 cases pertaining to the May 12, 2007 mayhem. All the accused nominated in the cases appeared in the court. The investigation officer (IO), at the start of the hearing, pleaded the court to grant him time to file challan in the cases. The ATC judge, approving the IO’s request, ordered him to present the challan of the cases in the next hearing and adjourned the proceedings until June 26. In September 2018, the Sindh High Court (SHC) had ordered reopening the cases regarding the May 12, 2007 mayhem. The verdict came on a plea to reopen the 65 cases that had been declared A Class (proceedings in the case stopped with the approval of the court). On May 12, 2007, at least 50 people were killed and over 100 wounded in attacks on rallies of different political parties and the legal fraternity, who had attempted to receive the then deposed chief justice of Pakistan, Iftikhar Muhammad Chaudhry, at the Karachi airport ahead of a lawyers’ gathering.