The mighty Titanic sank 108 years ago

* The foundation of The Titanic's project began in 1907 and after three years, it finally came to shape 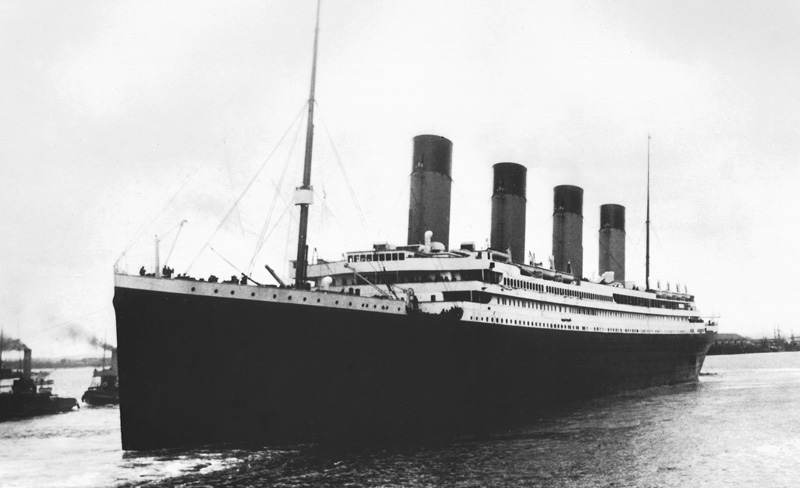 The Titanic was a great luxury ship, but unfortunately it sank after a few hours of its journey. It was designed by businessman and shipbuilder Thomas Andrew in the early 1900s. However, the universe is never limited with the ideas of a few people since the most sincere people attribute to show the uniqueness of their power by using a variety of techniques. The Titanic was under the command of Captain Edward Smith. It was a huge ship which could carry about 1,178 people along with 20 lifeboats. Furthermore, the first reason to make this huge ship was the competition between two companies, the White Star Line and Cunard Line.

The foundation of The Titanic’s project began in 1907 and after three years, it finally came to shape.

Firstly, they decided to put 32 lifeboats in the ship after conducting some professional discussion. Later on, they had decided that 20 lifeboats were enough for the purpose to increase the beauty of the ship. The length of the ship was 883 and height was no lighter than 174. In addition, at that time, it was the first ship which had libraries, gymnasiums and a swimming pool. According to a journalist, The Titanic was known to be the ship which could never sink. On a Wednesday in 1912 the largest ship, Titanic was about to move from Southampton towards the United States.

The operator had already informed the captain about an iceberg, but the captain took his words lightly and decided to steer ahead

The rich were excited with the new invention of the ship and bought a costly ticket to visit NYC via the beautiful ship. In fact, the ticket of the first section of the ship was $45, a second section was $30 and there were no sufficient facility in the third part so that it had been much lesser than those two parts. The ship had enough space to carry 2,200 people. With 20 lifeboats, the ship crossed Ireland after taking three passengers from there along.

The operator has already informed the captain about an iceberg, but the captain took his words lightly and decided to steer ahead.

As soon as the ship approached the iceberg, the guards sounded the alarm. The captain ordered them to turn around but it was too late because the Titanic was running at the speed of 25 miles per hour. When the ship turned, one of its sides collided with an iceberg, deeply damaging the ship.

Water began entering the ship. The captain tried to contact White Line Star for rescue, that in turn, immediately called for SOS to assist the trapped passengers. The captain instructed people to get into the lifeboats and sail away. According to reports, the lifeboats helped vacate 1,170 people but in reality, only 705 people got out alive.

In the Atlantic Ocean, the ship sank and 1,500 people died.