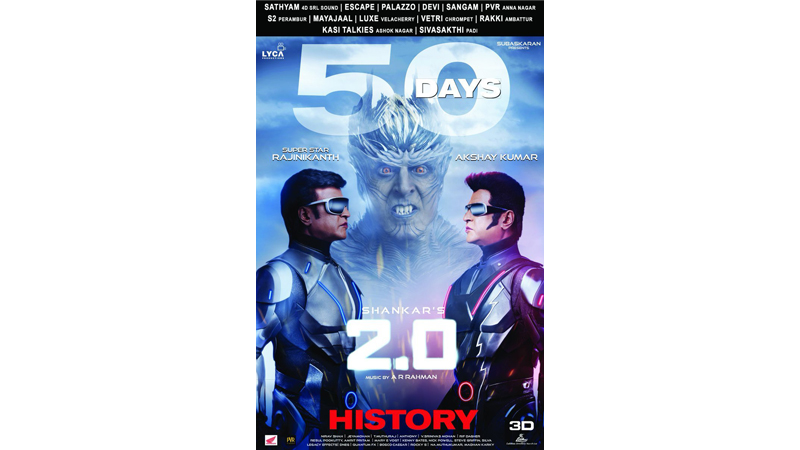 Rajinikanth and Akshay Kumar starrer sci-fi action film ‘2.0’ is all set to release in China on July 12, 2019.

The film, sequel to the 2010 blockbuster ‘Robot’, is touted as the first Indian film to release in the summer season this year in China.

It will be distributed by Chinese company Beijing HY Media Co Ltd.

“China has emerged as a highly lucrative market for Indian content, raking in handsomely at the China box office. Rajinikanth and Akshay Kumar are superstars in their markets and we are thrilled to bring this unison of superpowers to the China market.

“We are confident that a movie of this stature will be popular with Chinese audiences,” Lisa, General Manager, Beijing HY Media Co Ltd said in a statement.