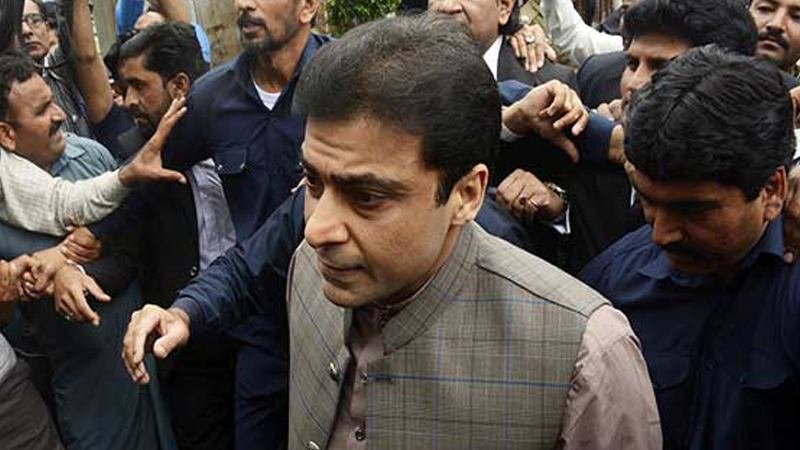 NAB court’s Admin Judge Jawadul Hassan pronounced the reserved verdict after hearing the arguments from both sides in the case. Earlier, at the outset of the hearing, NAB prosecutor informed the court that the PML-N leader has failed to disclose the means from which he received money.

As many as Rs 500mn were transferred into his account from an undisclosed source, he continued in his arguments. The bureau needs to investigate Hamza Shehbaz in this regard and pleased the court to grant his physical remand.

Hamza’s counsel in his arguments said the NAB failed in providing evidence to justify his client’s arrest. He said the government is politically victimizing the opposition leader of country’s largest province’s assembly.

Amid Hamza Shehbaz’s court appearance, strict security measures were placed and the roads going to the judicial complex were closed by putting barbwires. On Tuesday, the National Accountability Bureau (NAB) had arrested Hamza Shehbaz after the Lahore High Court had dismissed his bail petitions in three cases.

A two-judge bench, headed by Justice Mazahir Ali Naqvi, dismissed the petitions after the PML-N leader’s lawyer requested it to allow him to withdraw the applications in the cases related to Saaf Pani Company, Ramazan Sugar Mills and assets.