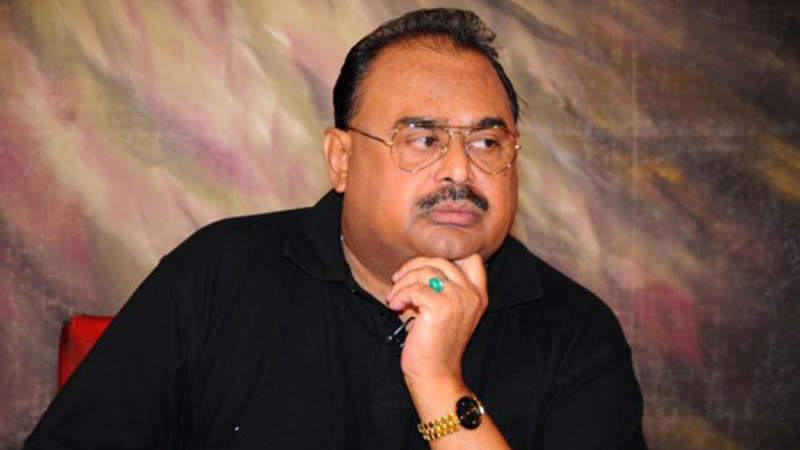 Altaf has been arrested in relation to the hate speech of 2016 in which he had urged his followers to take the law into their own hands. MQM sources have confirmed that Altaf Hussain was arrested.

In a statement, Scotland Yard said an individual associated with the MQM had been arrested on suspicion of intentionally encouraging or assisting offences contrary to Section 44 of the Serious Crime Act 2007.

According to reports, a forensic unit of the Scotland Yard was searching the residence of Altaf Hussain and the MQM’s International Secretariat. MQM’s legal adviser Adil Ghaffar may also be questioned by the police.

Federal Investigation Agency (FIA) sources told a private news channel in Pakistan that Altaf’s arrest had not been officially communicated. However, they said that a team of Scotland Yard that visited Pakistan had been provided evidence pertaining to money laundering allegations against the MQM-London chief.

Both the Crown Prosecution Service and Metropolitan Police Services had confirmed to the news channel that a criminal investigation had started against Altaf.

The Scotland Yard’s statement read, “A man has today, Tuesday, 11 June, been arrested in connection with an investigation into a number of speeches made by an individual associated with the Muttahida Qaumi Movement (MQM) in Pakistan. The man, who is aged in his 60s, was arrested at an address in north-west London. He was arrested on suspicion of intentionally encouraging or assisting offences contrary to Section 44 of the Serious Crime Act 2007. He was detained under PACE and taken to a south London police station, where he currently remains in police custody. As part of the investigation, officers are carrying out a search at the north-west London address. Detectives are also searching a separate commercial address in north-west London. The investigation, which is being led by officers from the Met’s Counter Terrorism Command, is focused on a speech broadcast in August 2016 by an individual associated with the MQM… in Pakistan as well as other speeches previously broadcast by the same person. Throughout the investigation, officers have been liaising with Pakistani authorities in relation to our ongoing enquiries.”

Interior Minister Ijaz Shah, while talking to journalists, said Altaf was a British citizen and would be probed by authorities there. He said that at this point there was no intention to contact Interpol over the arrest of the MQM founder.

Meanwhile the counsel for the MQM founder has submitted his bail request. British lawyer Toby Kidman will represent the FIA in the case, while joint investigation team (JIT) head Mazharul Haq Kakakhel will reportedly visit London for the hearing of the case.

Following the MQM-London chief’s arrest, Karachi city police chief Dr Amir Ahmed Shaikh issued directives to all SSPs and DIGs for patrolling and vigilance with anti-riot squads and equipment in the city.

Later in the day, MQM-London’s international secretariat released a statement, saying “such things don’t hold any meaning” for Altaf Hussain. “Altaf Hussain is a brave, principled, and honest person, and he won’t change his principled views for any reason. This is why he had to go into exile. He has been arrested thrice in Pakistan and once in UK over false charges,” the statement added.

Over 20 identical FIRs pertaining to ‘hate speech’ were registered against Altaf and several other leaders and workers of the MQM’s London and Pakistan factions. The London Met Police, which began investigating Altaf’s 2016 speech, visited Islamabad in April this year to collect evidence and interview key witnesses.

Hours after Hussain delivered the incendiary speech, MQM workers had attacked the ARY News office in Karachi. Shortly after, the Rangers had detained a handful of senior MQM leaders overnight.

In the days that followed, the Karachi wing of the party led by Farooq Sattar distanced itself from Hussain and the London wing.

Parts of Altaf’s speech that went viral on the social media minutes after the violence broke out in Karachi showed that while addressing the MQM workers protesting outside the Karachi Press Club against “enforced disappearances and extrajudicial killings of workers”, the MQM supremo had not only raised slogans against Pakistan but also called the country “a cancer for entire world”. “Pakistan is headache for the entire world. Pakistan is the epicentre of terrorism for the entire world. Who says long live Pakistan…it’s down with Pakistan,” he had said.

The minister for interior at the time had sought assistance from British authorities and asked them to take action against Altaf for “inciting people of Pakistan to violence”.

On August 23, Altaf apologised to the then army chief, Gen (r) Raheel Sharif, and the Rangers director general for his vitriolic speech.

“From the depth of heart, I beg pardon from my remarks against Pakistan, the establishment including Gen Raheel Sharif and DG Rangers,” he said in a statement shared on Twitter by MQM spokesperson Wasay Jalil. “I was under severe mental stress over extrajudicial arrests and precarious condition of my workers sitting at the hunger strike camp.”