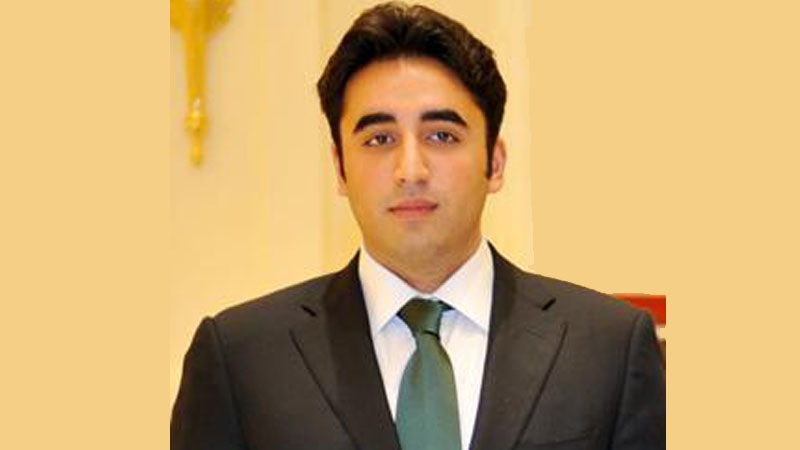 Pakistan People’s Party (PPP) Chairman Bilawal Bhutto Zardari on Tuesday reiterated his demand for resignation of the National Assembly speaker over his inefficiency and biasness.

According to a statement issued by Bilawal’s spokesperson Senator Mustafa Nawaz Khokhar, Bilawal slammed Asad Qaiser for failing to take notice of the recent attack on female members of the House. He also stated that production orders had not been issued for the elected members of the House from North and South Waziristan districts in KP province, from Benazirabad in Sindh and from Lahore to come to the House. “Depriving them of the opportunity to represent their respective constituents at a time when plan for resource allocations and other measures was being presented in the national parliament, the speaker has failed to act as a neutral custodian of the House.”

Deeply concerned about the inability of the speaker to be a nonpartisan custodian of the House, the PPP chairman reiterated his demand that the speaker step down from his office.

According to the statement, the PPP chairman was also gravely disappointed with the sheer ineptness and incompetence of the puppet government in preparing a people-friendly budget and in taking a foreign dictated budget hook line and sinker. The PPP chairman “further believes that the puppet government had totally lost even a shred of moral and political justification to continue in office that it may have had until now”, the statement read.

The statement also read that copies of the budget speech were not provided to the opposition members, so the PPP chairman had to sit to listen as the speech unfolded. “When the part about taxation came, the chairman PPP was horrified that instead of providing relief, a tsunami of taxes had been unleashed on the hapless people. It was clear that as a result of new taxation measures a number of enterprises will find it difficult to do business and inflation and unemployment will further increase.”

Bilawal also recalled that the government had made promises of providing 10 million jobs and five million houses, but the taxation measures were not anywhere near to achieving the promised objectives.

Balochistan National Party-Mengal (BNP-M) leader exchanged views with the PPP chief over the political situation in the country.

The two leaders also discussed the economic situation of the country and resultant uncertainty and reaction from the people.

“I have come here to express solidarity over arrest of Asif Ali Zardari,” Mengal, a former chief minister of Balochistan, told Bilawal. Bilawal expressed his gratitude over the gesture of solidarity.

Talking to the PPP chairman, Mengal said that the government had failed to implement BNP’s six points in its 10-month rule in the country. “The Pakistan People’s Party considers BNP’s six points as justified demands,” Bilawal said. “I am well aware, the people of Balochistan are deprived of their rights,” he said. “Any concept of national development without healing the wounds of people will be unsustainable,” he added.

He said that the PPP government had launched “Aghaz-e-Huqooq-e-Balochistan” policy to start providing due rights to the people of the province. The process, however, was interrupted by the later governments, he added.

Separately, Bilawal condemned the arrest of Hamza Shahbaz by the NAB. In a statement, the PPP chairman said that the NAB was targeting only opposition as its chairman had on record hinted that the arrest of government members might result in downfall of the PTI government.

Bilawal said that PTI government was victimising the opposition to preempt the massive protests from the people against the nose-diving of economy and brutal budgetary attacks on the poor in the form of unbearable inflation, budget deficits, unprecedented price hike and dollar flight.

Meanwhile, in his message on the World Day Against Child Labour being observed around the globe today, Bilawal termed child labour as a curse and urged the authorities concerned to take concrete measures to raise healthy, educated and responsible future generations.