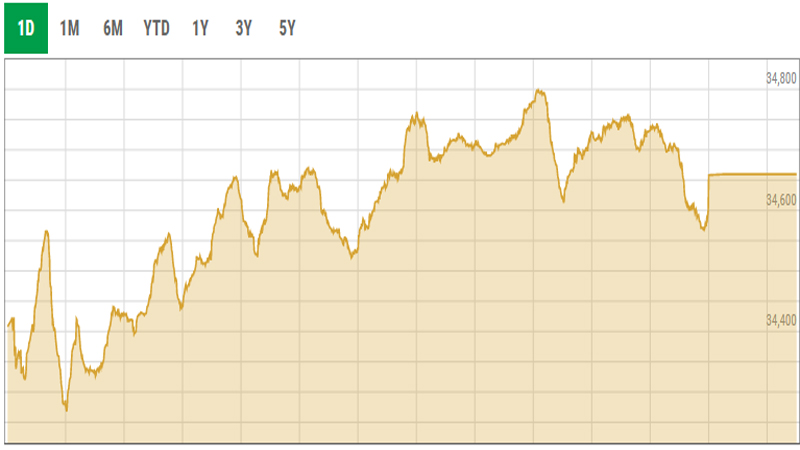 The local bourse kicked off in the red zone, making a low of -300 points but then recovered to make a high of +231 points.

An equity analyst at Next Capital said Pakistani equities closed slightly higher after falling more than 300 points during the day. The fall was saved by slew of positive news regarding the State Support Fund being expected to be active by the end of this week.

Maaz Mulla, an equity analyst, expects market to remain jittery on the back of political uncertainly after the arrest of three key political leaders by National Accountability Bureau (NAB) in graft case.

Moreover, the Federal Budget 2019-20 was presented in the parliament with signs of higher taxation in the budget.

Fertilisers and energy stocks pushed the index upwards where FFC (+5%) closed limit up and was the major mover in the aforementioned sector.

Mulla expects market to remain choppy and volatile ahead as he recommends investors to stay cautious as the budget FY19-20 has been announced.